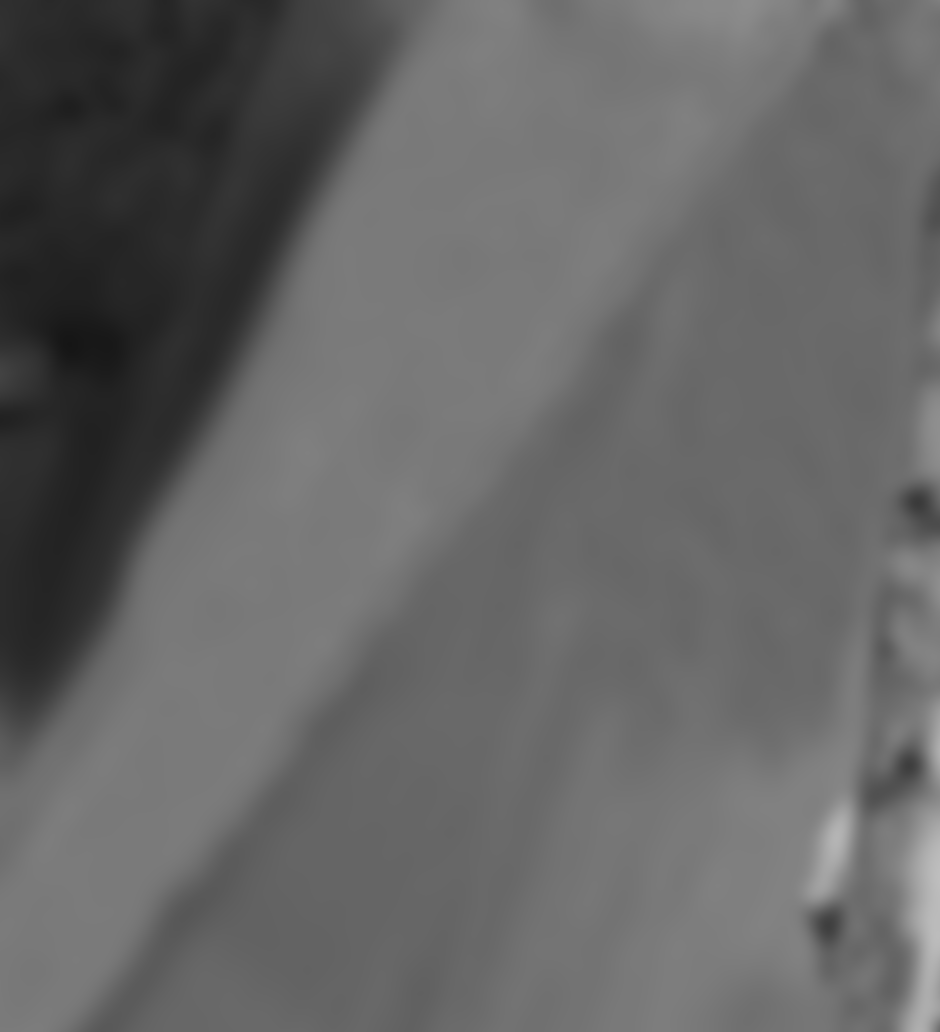 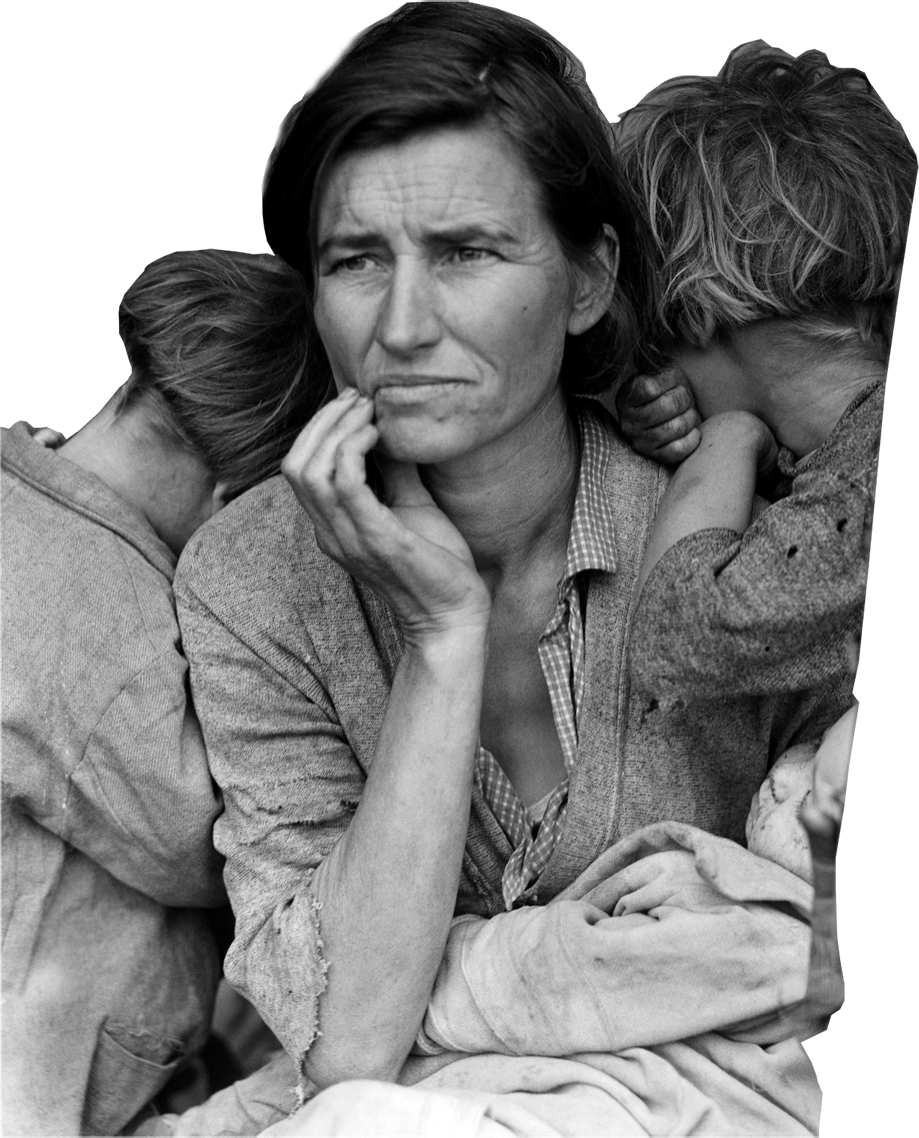 The power of news doesn't depend upon whether the chronicler is a for-profit or nonprofit journalist.
This 1936 Dorothea Lange photograph of Florence Owens Thompson, better known as the Migrant Mother,
told the story of the plight of American farmers during the Great Depression. Lange's iconic photos, done
under the Farm Security Administration, were distributed for free to newspapers around the country.

Funders, nonprofit journalists and academics gathered awhile back to discuss the challenges nonprofit news outlets face in getting charitable 501c3 status. The gathering was part of a project called the Nonprofit Media Working Group, a partnership between Knight Foundation and the Council on Foundations. 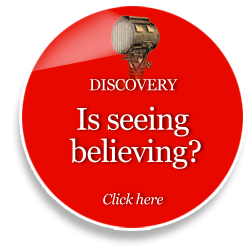 The group is chaired by Steve Waldman, senior media policy scholar at Columbia University. Waldman was the lead author of the first major government report in a generation on the state of local news. Among the findings of that FCC report was that IRS nonprofit media rules appear out of date, and thus are unhelpful to the growing field of nonprofit news outlets.

An HDTV segment from “Dan Rather Reports” outlines the story of Public Press, a small San Francisco news outlet that has been seeking nonprofit status for more than two years. (That particular story had a happy ending: After a 32-month wait, SF Public Press did receive nonprofit status.)

The Rather segment reported the growth of nonprofit media. It speculated that the IRS may be confused or overwhelmed by nonprofit digital media requests. Rules under which the IRS grants nonprofit media status, the segment noted, were created long before the Internet. So we can reasonably guess that the tax rules, like those of so many other institutions, just haven’t adapted to the digital age.

Still, Rather’s story did not interview any IRS officials. The IRS issued a statement saying it could not comment on specifics of any single case, but that “novel” applications get special consideration. Later, however, a scandal erupted when IRS officials were found to be singling out some groups for special scrutiny. Given the incomplete IRS response, we can also reasonably guess that the words in nonprofit media applications, such as “being a government watchdog,” could have gotten those thrown in the scrutiny pile. Regardless of the reason they were set aside, however, the old nonprofit media rules became the justification that the IRS used to delay or deny the applications.

Why is this important? At Knight Foundation, we think news and information are core social needs. Our bipartisan commission said we need new thinking and aggressive action to increase information flows and community engagement. Knight has been involved in hundreds of experiments to do just that.

Waldman’s follow-up study at the Federal Communications Commission, named Information Needs of Communities, detailed the loss of more than 15,000 journalism jobs in recent years, almost all local. The study concluded that this amounted to a crisis in “local accountability journalism,” the journalism producing news we need to run our governments and our lives. 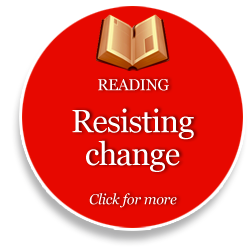 The FCC report pointed to nonprofit tax regulations as unfriendly to new media models. At the same time, there were several publicized cases of 501c3 status being long delayed. So Knight funded a working group with the Council on Foundations to look into the issues the report raised. The group asked: Are the rules being misunderstood? Are there confusing or contradictory regulations that need clarifying or updating? Does the underlying law need addressing?

With all this as a backdrop, a panel chaired by Waldman looked at the nonprofit media questions. Working group member Cecilia Garcia, then of the Benton Foundation, said the nonprofit sector must play a larger role in media but that foundations by themselves can’t sustain nonprofit news. Kevin Davis of the Investigative News Network noted that in-depth journalism has been cut more than other forms because as a rule it is not profitable. During INN’s long effort to get charitable status, it had to strike the word “journalism” from its mission statement and agree to operate at a “substantial loss” (not making a profit wasn’t good enough for the IRS).

Marcus Owens, attorney for the working group from Caplin & Drysdale, is a former IRS official who once oversaw nonprofit applications, including those from media organizations. He noted that the original nonprofit rules reached back to 17th century English law to define what is charitable. Public “education” projects may be charitable. Though journalism projects meet that definition of educational in the rules, for some reason the IRS does not automatically believe they are educational. (So much for Henry Ward Beecher’s 1873 pronouncement: “Newspapers are the schoolmasters of the common people.”)

The major issue, Owens said, is the part of the rules saying nonprofit media need to be produced differently from commercial media. That’s why the IRS has questioned nonprofit revenue generated by ads, subscriptions and syndication. Since commercial media depends heavily on those sources, the logic goes, nonprofit media should not. That might have worked fine in the 1960s, when nonprofit media did not look like daily newspapers. But it’s incredibly outdated in the digital age.

As it deliberated, the working group did find that these distinctions are not valid in an era of collapsing ad models and the convergence of for-profit and nonprofit business models. In the digital age, can you really tell the difference between a sponsor, an underwriter, an advertiser and a marketing partner? The important point is that the rules allow nonprofit media to collect “unrelated business income,” and when they do, it can be taxed. So agents should not be telling nonprofit media applicants that advertising is not allowed.

Garcia said foundation money alone can’t bridge the local “market gap” left by commercial media. Foundations (including Knight) often urge nonprofit media to be entrepreneurial. “Once we seed an organization,” Garcia said, “there needs to be a systematic, strategic way to replace our funds.” Local media need local support. Their relationships should be with their communities, not with faraway funders.

Joel Kramer, a working group member whose MinnPost has become a model of successful nonprofit news, said his $1.5 million revenue includes 25 percent from advertising and sponsorship and only 20 percent from foundations. He also draws revenue from events, syndication and other sources. A diversity of revenue sources, Kramer said, is crucial to nonprofit media success. 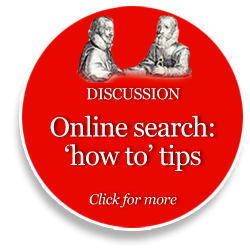 Kramer and other panel members thought it would be better for the IRS to stick to the basics: nonprofit news status should hinge on whether a news outlet benefits the community rather than shareholders, and whether it provides news and information that adds to our common knowledge on matters of public interest.

The working group’s report concluded that the rules were indeed outdated. The FCC’s chairman supported it with a statement. A group of deans from leading journalism schools agreed. Celia Roady of Morgan Lewis and other lawyers in Washington have recommended the IRS and Treasury Department update the rules. All of the above, plus the full list of working group members, can be found at this Council on Foundations Web page.

I think we’re making progress. Still, I’m deeply disturbed that the IRS rules governing nonprofit media applications are not just old, they are 50 years old. How many other regulations have been made obsolete by the digital age? When will society catch up? What is that costing us?

The number of nonprofit media outlets gaining nonprofit status from the IRS is growing. That number is expected to grow following a July 2014 announcement that the IRS cut the tax-exempt application from 26 pages to three pages, streamlining the 501c3 status process. However, aspiring non-profits continue to face obstacles including journalism still not being recognized as an activity eligible for non-profit status.

Would nutrition labels work for news?