A problem with academic research into journalism?

Much has been written of late about the relatively low quality of academic research in the journalism and mass communication field. This is a critical time in communications, and so, there’s much to study. The research gap is a major source of disagreement between professionals and scholars. Professionals argue that much research is unreadable and, frankly, useless. Scholars counter that if you take the time to read the stuff, you’ll find important insights.

Why do we care about research at all? It’s important to the future of journalism education because publication in the so-called peer-reviewed journals traditionally has been the number one criteria for faculty promotion and tenure. Yes, when it comes to job advancement, research beats teaching.

In the professional world, journalism that makes a difference is measured by impact — by the unjustly imprisoned freed; the criminals jailed; by the new laws or policies that save lives or stop government waste. In universities, this “community service” (as it is called) is not given the importance it deserves. Publishing in academic journals is what counts, even if those journal articles do nothing to further how journalism serves America. (See the blog post by University of Southern California’s Geneva Overholser about “what’s missing” in the debate about journalism schools.)

Let’s look at three journals, each with the word “journalism” in its title, each widely touted by the nation’s organization of journalism educators. Yet citation research — tracking how often scholars quote each other– raises provocative questions about these three. Not one ranks among the most cited or prestigious of the journals in the communications field, nor in the social studies field at large. 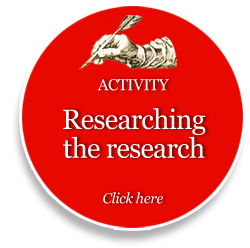 To qualify inclusion in the “Web of Science” database, Thomson Reuters considers: 1.) The journals’ publishing standards; 2.) Editorial content; 3.) International diversity, and 4.) Correct metadata. A journal that has never been cited, for example, would not be picked up by Thomson Reuters.

Of the three, as of last year, only Quarterly had been selected for inclusion, and to receive a Journal Impact Factor in Journal Citation Reports. Educator had been rejected in January 2010 but was up for re-evaluation. As of this writing, Monographs also was “under evaluation.” Considering their long lives, a spot-check showing only one of the three “journalism-titled” journals in the database was troubling.

We checked the Quarterly against all the communication journals in the dataset. Given how much the journal produces, not much of it was cited in 2011. The Journal Impact Factor ranked Quarterly number 48 among the 72 communication journals. Considering the importance journalists place on their profession as the “bedrock of democracy,” being in the bottom 50 percent is, again, troubling. Of the 2,943 social science journals, Quarterly ranks 1,950, according to impact measure. (The Journal Impact Factor, Thomson Reuters says, can be “used to provide a gross approximation of the prestige of journals to which individuals have been published.”)

Another way to track citations is through Google Scholar, which confirmed relatively low numbers of citations on individual articles in the three “journalism” journals. In addition, the chart below, from SCImago Journal & Country Rank, shows that every year, at least half the Journalism and Mass Communication Quarterly articles remain uncited. The latest year on record shows no citations for 69 percent of the articles. Remember, the Quarterly appears to be the best of the three AEJMC “journalism journals.”

This is disquieting, given the more than 7,000 full-time and more than 5,000 part-time professors who should be reading and quoting each other (even if none of the scores of thousands of scholars in other fields find journalism interesting.)

Someone has to ask: Is it really wise to base tenure and promotion on journal articles that are never cited? It’s difficult to imagine working journalists promoted for writing stories no one ever mentions. 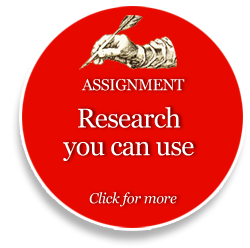 This also doesn’t seem fair to good scholars. Why is the saying “publish or perish”? Why would a scholar who writes dozens of articles no one cites be considered in any way equal to a professor like Mark Deuze of Indiana University, whose media work and daily life research is cited by hundreds, or participatory culture rock star Henry Jenkins of the University of Southern California, who is cited by thousands?

At its 2012 convention, the Association of Educators in Journalism and Mass Communication gave out a thumb drive with the “best” scholarly articles from decades of the three journals in question. Too many of them seemed derivative, obvious or obtuse. To quote a senior journalism educator: “There are three categories of research these days: 1. Who cares? 2. No shit! 3. I don’t have any idea what you are talking about.” To be generous, perhaps we should add a category: “4. Needs more work, but there might be something there.”

Some of the “Research You Can Use,” listed on the AEJMC website, seemed to fit into category 4: the social responsibility of news organizations, gatekeeping, agenda-setting and “framing” all seem meaningful. But through the lens of social and mobile media and its attendant participatory culture, only such classics as Marshall McLuhan’s “Media is the Message” and Walter Lippmann’s “Public Opinion” appear to hold their own. Yes, Lippmann was right; media still gives us a picture of the world; and yes, McLuhan was right, media type still affects content. A lot of the rest just feels out of date.

When no one cites a paper, questions can be raised about research topics and quality, but a zero probably should not be considered an absolute indictment. Perhaps no one reads that journal. Or perhaps the research is good and other scholars saw it, but they just don’t care. A case in point may be “Bridging Newsrooms and Classrooms,” by a team of six doctoral graduates of Indiana University, who in 2006 warned that journalism education was going to be in a world of trouble if it didn’t speed up its digital transformation. “Some scholars doubt whether journalism school professors are theoretically and especially technologically prepared,” it said. Yet the need for reform is “an urgent necessity.” Only 56 percent of the educators surveyed were even talking about curriculum change. The paper only received about 50 citations, according to Google Scholar. Fifty is certainly better than zero. Yet the topic directly touches every other scholar in the field. Shouldn’t more than 50 of the 12,000 faculty in journalism and mass communication schools be thinking and writing about the future of journalism education?

Valiant educators over the years, such as Del Brinkman (formerly of Knight Foundation), and currently, Michael Schudson of Columbia University, have tried to find and translate important scholarly work in journalism. It is tough slogging. The most quoted journalism notion in the past decade (one that media mogul Rupert Murdoch popularized in a speech to the American Society of Newspaper Editors), did not come from a journalism journal of any type. It came from Marc Prensky, who coined the term “digital natives,” and asked if they really think differently than the rest of us.

Schudson, for one, believes that journalism studies research, while not “particularly strong,” is still “vastly stronger” than it was 20 years ago. Still, he says, the journals he most depends on are not the ones published by AEJMC. Schudson’s list includes Journalism, out of The University of Pennsylvania; Journalism Studies, from Cardiff; the International Journal of Communication, from USC, as well as Political Communication, the International Journal of Press/Politics, and Media, Culture and Society. Professionals hoping to learn about the field might try some of the journals Schudson lists. Good researchers from places like the University of Missouri, the University of North Carolina and elsewhere produce important work that often ends up in these sorts of journals.

How do the editors of the AEJMC journals react to being ignored, in relative terms, by other scholars? From what I’ve seen, their conclusions are: we don’t market well enough, we don’t get enough funding, and some articles aren’t meant to be quoted. (Scholars have created a category of articles “not meant to be cited,” which cuts down on the sting of more than half the articles in a given year not cited at all.)

We wrote Dr. Daniel Riffe at the University of North Carolina, editor of the most-cited of the three journals touted by AEJMC, the Quarterly. We asked:

1. What do you think of citation studies — specifically the Thomson Reuters impact scale — that rank the Quarterly 48 of 72 in the communications field?

2. The SC Imago Journal and Country Rank, from the Scopus database, says nearly 70 percent of the articles in the Quarterly are not cited at all. If that is accurate, why?

3. Are journal citations in general a good measure of the quality of a journal? Why or why not?

4. What would you say to those who argue that the quality of the Quarterly and the AEJMC journals should be significantly improved? If that needs to happen, how could that be done?

5. Is there any piece of research — cited or uncited — that you think proves the value of the Quarterly in its mission of keeping up with the latest developments? Are there, for example, any of the AEJMC-cited “Research You Can Use” items that are especially illustrative?

Riffe, who is the Richard Cole Eminent Professor at UNC/Chapel Hill, said he would answer as soon as time allowed, but noted his journal work is “on hold” due to teaching demands. More than a year later, he still had not replied. I am told Riffe is a fine scholar, one of the better ones. I include the questions merely to show that we tried to get an explanation from the most-cited of the AEJMC journals. 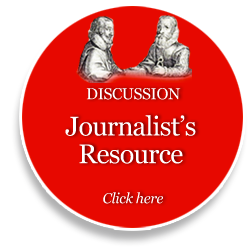 While we’re waiting, here’s some advice from America’s great early journalist, the writer and statesman Benjamin Franklin: “If you would not be forgotten as soon as you are dead & rotten, either write things worth reading, or do things worth the writing.” Scholars, take note, when you next hear of your students setting aside traditional journals as they look for intellectual reflections and philosophical road maps on the future of journalism. No one can blame them for going to the Project for Excellence in Journalism, Nieman Journalism Lab, the Poynter Institute, PBS Media Shift, the Tow Center at Columbia, the Shorenstein Center’s Journalist’s Resource website and other places where scholars and professionals work together.

For a follow-up in The Philadelphia Inquirer, two leading journalism educators told me they agreed professors and professionals should join forces to study digital journalism experiments.

Said Jerry Ceppos, former Knight-Ridder company news executive and currently dean at the Louisiana State University Manship School of Mass Communication: “For starters, I would gently say that professionals could improve the accessibility of some writing and even graphics without reducing the gravitas of articles. After all, that’s what professional journalists do. In addition, research areas suggested by professionals might help the journalism industries — again, without reducing the quality of content.”

Jean Folkerts, professor and former dean of the school of journalism and mass communications at the University of North Carolina, Chapel Hill, agrees. “By doing the research together, [scholars and professionals] inform each other and learn from each other. Such collaboration ends the vicious cycle of academics believing that journalists jump to conclusions without adequate data, and of journalists thinking academics have no regard for journalistic work.”

So what are we waiting for? Unite the tribes. We need everyone’s help to bring high-quality journalism into the digital age, to perfect new ways to keep independent news and information flowing. We need a better understanding of the “science” of how news informs and engages communities.