A journalism convention came to South Florida awhile back, and its leaders actually set aside some time to meet community leaders. I moderated. It was a joint convention of the Society of Professional Journalists and the Radio and Television Digital News Association. It was in Fort Lauderdale. From the start, you could see the “community engagement lunch” was long overdue. 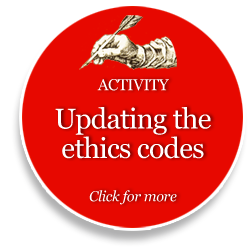 Local residents learned about the daily realities journalists face. They learned that both organizations have strong codes of ethics. The journalists learned that community members have longstanding issues and media outlets seeking credibility as a source of news and information must address them.

We started by looking at the Knight Commission on the Information Needs of Communities. Did the locals and journalists agree that news and information are core community needs? They did. Had they noticed the digital-age growth of traditional media’s advertising-based model and the resulting local journalism cutbacks? They had.

Then we got into it. Here were the major topic areas:

Community members said they are on the side of the journalists who oppose anonymous comments on traditional media websites. They said they won’t comment themselves because of all the hate mongering. Good point. The Society of Professional Journalists Code of Ethics says journalists should “always question sources’ motives before granting anonymity.” The Radio and Television Digital News Association code advises: “Identify sources whenever possible.” Yet many news organizations do the opposite. They never question the motives of readers who comment on their websites. The comments remain anonymous. They do not “identify sources whenever possible.” What is the point of having a code of ethics if journalists ignore it?

When real names are required, conversation becomes civil. But no technology can guarantee all names will be real, observed Howard Saltz, editor of the Sun Sentinel in Fort Lauderdale. Some people will always fake an identity to get in. True, but major news organizations like the Gannett newspapers, have switched to Facebook registration and found other ways to require real names. When they do, bigoted name-calling falls off fast, and people are more likely to post thoughtful comments.

Half a story now, half later

One-sided stories are a real problem, said Mary Ross Agosta, communications director at the Archdiocese of Miami. The 24/7-news cycle creates “frustrating” situations when reporters post part of the story now and the rest later. Unfortunately, many people never see the second version. Mohammad Shakir, director of the Asian-American Advisory Board, talked about another harmful shortcut: how wire service stories written by people outside the community can contain stereotypes and factual errors that would not have been there had the story been done locally.

These are valid issues, and again, fly in the face of ethical values journalists promote. Resisting the temptation to be first when being right is more important — that is a constant struggle. Perhaps hearing the damage that wrong stories can do can help us do the right thing more often.

Of cats and trees: Where’s the good news?

Several community members said there just was not enough good news in the media, that every story seems to have a villain. Too often that assessment seems to be true. As Walter Cronkite used to say, it’s not our job as journalists to cover all the cats, just the ones that get stuck up in the tree. Clearly, Walter would have been shocked to see the millions watching lol cats on YouTube, with almost none of them stuck up in trees.

What happened? In the old days, journalists had to cram the news into small packages, limited by the size of the paper or the newscast. Since we could cover only one cat, it was the one that needed a spotlight, the one up in the tree, the one we needed to get down. The other cats were boring. But the world of finite journalism was smashed two decades ago with the World Wide Web. Now, a newspaper or television station can use as much Web space as it wants. YouTube covers all the cats, not just the ones in trees. Traditional media still gets hung up on the tree thing.

Tell us what you are up to

Community members and journalists agreed there should be a lot more transparency. News organizations should explain how they operate, making sure phone numbers and other contact information is easy to find, even putting codes of ethics on their websites so the public knows they exist. We also agreed that cable news, at least in recent years, is giving people the impression that everyone in journalism has an agenda and no one cares about the facts. Yet there are times (believe it or not), when a journalist’s stance is that he or she actually has no stance. This is not a “view from nowhere,” as some might say. It’s a view from wherever you need to be to call it the way it is, the way a referee dances around to find just the right angle to see if a player’s foot stepped out of bounds. If you are that sort of journalist, there’s nothing wrong with saying so.

What’s more, when there is an overwhelming amount of evidence on one side of a question, that’s what people want to know. They can smell something wrong with the false idea of “balance” that for every fact you have to run around and find someone to dispute it.

Whose problem is this, anyway?

Shrinking local news staffs in recent years are pushing more journalists into covering topics they do not know much about. Yet we need reporters with expertise, community members said. Could community groups help, we asked, by putting more general information on their own websites? Some are, but they admit they could do more. The Broward County Sheriff’s Office, for example, has its own radio show (they interview reporters about what they think of stories in the news as well as how they do their jobs). Commander Michael Calderin summed up the idea this way: “Whose responsibility is it to care about community news and information? Everyone’s.”

Scott Leadingham, director of education for the Society of Professional Journalists, developed and co-moderated the Fort Lauderdale lunch. He believes these “open sessions” should continue. At first, he had worried it would become a gripe session, putting the journalists on the defensive. But it did not. He was pleased with the quality of the conversation. These sorts of sessions, he says, “need to happen all over the country.” Congratulations, Society of Professional Journalists! 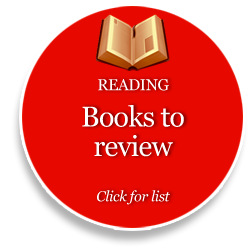 Kenny Irby also thought the conversation was a success, which is saying something. Irby is director of community relations and diversity at the Poynter Institute, the top journalism training organization and home to News University. Irby offered to help duplicate the Fort Lauderdale session. It reminded him of the “time out for diversity” events he did in the late 1990s, with one important difference.

These days, if community members do not like the local news, they can do something about it. They can beef up their own websites, and go out and publish news of their own and tell traditional media to take a hike. If there were no other reason, that alone makes community engagement an essential element of local news reporting. Yet finding any news organization interested in the techniques of human-centered design, of understanding exactly what needs journalists are trying to meet, is difficult.

Since this article originally appeared on Knight Blog, the Sun Sentinel won journalism’s highest honor, the Pulitzer Prize Gold Medal for Public Service, for articles revealing reckless, harmful speeding by law enforcement officers on South Florida’s highways. The paper still posts anonymous comments. The Society of Professional Journalists decided against holding a community engagement session at its 2013 convention. It was as though the Fort Lauderdale meeting never happened. “Culture,” as business guru Peter Drucker once said, “eats strategy for breakfast.”