The opportunity: To seriously improve our news systems

Way back in the age of mass media, in 1986, professor James Beniger, then at Harvard, produced a useful chart on the civilian labor force of the United States. It showed how the bulk of American workers had moved during the past two centuries from working in agriculture to industry to service, and now, to information. Point being: the digital age didn’t just sneak up on us. It’s been a long, slow evolution. So shame on us for not changing our laws and institutions to keep pace.

We were well warned. Just after World War II, the Hutchins Commission said that traditional media could do much better: They should take on the social responsibility of providing the news “in a context that gives it meaning.” In the 1960s, the Kerner Commission said mainstream media wasn’t diverse enough to properly tell the story of this changing nation. In the same decade, the Carnegie Commission said the status quo was simply not working, that public broadcasting must be created to fill the gap.

After that, a stream of reports — from the University of Pennsylvania, from Columbia and others – agreed and repeated the same three fundamental findings:

Here comes digital media, and — boom! — a universe of alternatives.

So now what? This time, the report comes from the Knight Commission on the Information Needs of Communities in a Democracy, prepared by the Aspen Institute.

We are entering the third decade of an Internet-webbed world. Hutchins, Kerner and Carnegie and the many other reports focused on views from on high of what should be done to improve, diversify, add to — and nowadays, the talk is to save — traditional mass media.

But the Knight Commission started with communities, visiting them and hearing from their residents. News and information, the commission says, are as important to communities as good schools, safe streets or clean air. Journalism, it says, does not need saving so much as it needs creating.

As a former newspaper editor, I second that last point. Of the nation’s tens of thousands of burgs, towns, suburbs and cities, how many are thoroughly covered by the current news system? Ten percent? Five? Less? How do the uncovered get the news and information they need to run their communities and live their lives.

We hope the ideas expressed by the Knight Commission will continue to make a difference. It inspired the Federal Communications Commission to do its own report on the crisis in local news, keeping the Knight recommendations in mind. Free Press, the nation’s largest grassroots media policy group, embraced the report’s call for universal affordable broadband. Ernie Wilson, dean of USC’s Annenberg School and then-chair of the Corporation for Public Broadcasting, called for more in public media, backing things like NPR’s Project Argo. Knight itself went on to sponsor Matter, a partnership with San Francisco public media outlet KQED and innovator PRX to accelerate media startups. Librarians across the country pushed the role libraries can play as digital media literacy training and Internet access centers. 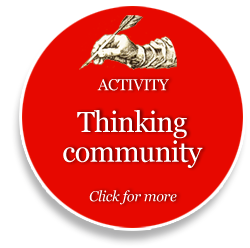 The hard part is ahead of us: that is, involving every aspect of our communities, governments, nonprofits, traditional media, schools, universities, libraries, churches, social groups — and, especially, citizens themselves. How do we do that? How do we make “news and information” everyone’s issue? It’s a tall order.

Universities could help. Nearly two-thirds of the nation’s high school graduates enroll in a college at least for a while. These institutions could make digital media literacy or news literacy courses mandatory for incoming students. Understanding and being able to navigate the brave new world of news and information is as fundamental to the college students of our nation as knowing English. Stony Brook began walking that path. There, some 10,000 students have taken news literacy under the first university-wide course of its kind. The digital metamorphosis of a society learning to use technology to connect the data and events of daily life to the issues and ideas that can better its life — that’s something more college faculty should stop fighting and start teaching.

This may not be a short-term project. It took more than 200 years for America to change from a country where most people grew food to one where most people grow information. It could take time for the wholesale rewriting of America’s media policies, not to mention the trillion dollars or more needed to remake both our digital systems and our ability to use them. But remaking digital systems is all about broadband, which is all about network speed, where the United States consistently fails to make the top 10 worldwide. Every year we fail to use the e-Rate program to speed up school and library access, every year we fail to lay in fiber optic cable, is another year of opportunity for our global competitors. A nation without universal, affordable broadband is like a nation without highways and railroads, stuck on the surface streets of the new economy.

The goal is an information-healthy nation. That means not just broadband access but adoption. Thomas Jefferson expressed the same idea when he once said newspapers were more important than government. Here’s his quote, updated: “The basis of our governments being the opinion of the people, the very first object should be to keep that right; and were it left to me to decide whether we should have a government without the Internet, or the Internet without a government, I should not hesitate a moment to prefer the latter. But I should mean that everyone should receive the Internet and be capable of using it.”

In the end, a lifetime has passed since the Hutchins Commission first said it, the story is still the same. The country’s news and information systems still aren’t good enough. They still don’t engage everyone. There still are not enough alternatives. They say the gatekeepers of mass media are dead, that people can find their own way now. But many millions of American news consumers are still walking on the path where the gate used to be. Our laws and policies — even the high school and college classes we teach — will help determine the future of news in our communities. They can speed innovation or stunt it. So pick a recommendation — and have at it.

An earlier version of this article appeared on the website Nieman Journalism Lab,
produced at Harvard University.

End of the Daily Newspaper

To Journalism Students: Yes, There are Jobs