As social media grows, so does First Amendment appreciation

Each year on Constitution Day, students and teachers celebrate the most fundamental laws of our republic. This year, they should celebrate Twitter, Facebook, Tumblr and all other social media children of the digital age.

“The Future of the First Amendment,” a study funded by the Knight Foundation, concluded that today’s social media fads are good for that 220-year-old law.

As researcher Ken Dautrich put it: “There is a clear, positive relationship between student usage of social media to get news and information and greater support for free expression rights.” 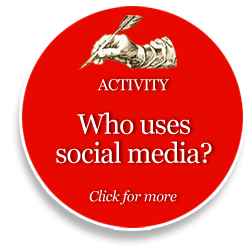 Dautrich, a University of Connecticut professor, has done five major national surveys of high school students on First Amendment issues and has co-written “The Future of the First Amendment: Digital Media, Civic Education and Free Expression Rights in the Nations’ High Schools.” For the 2011 national study, he surveyed 12,000 students; in 2014, for the latest study, he surveyed 10,000 students.”
The 2014 study found an even stronger link between media use and freedom. Students who consumed any sort of news or information — through social media but also through mobile media or online — had greater appreciation for the First Amendment. The most pro-freedom students of all were frequent media users who also had taken a class related to the First Amendment. 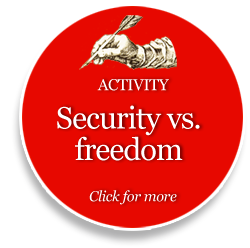 How it works exactly, I can’t say. But the connection makes sense. Students using their cell phones to express themselves — to text, tweet and blog and post — are more interested in rules having to do with freedom of expression.

The Future of the First Amendment surveys also have the boom in student use of digital media. In 2007, for example, only 8 percent of students surveyed reported consuming news and information daily through mobile devices. This time around, 61 percent do — an all-time high.
In the 2014 survey there were several all-time highs. More students than ever before say they are thinking about the First Amendment. Nine in 10 say people should be able to express unpopular opinions. Six in 10 say the press should not be censored by the government.

You might ask: Since our courts determine how the First Amendment is to be interpreted, why do our opinions about it matter? 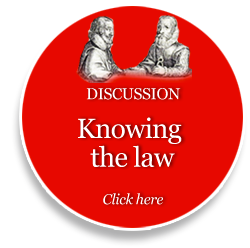 Because the Supreme Court’s decisions reflect long-term changes in public attitudes — and that’s as true for First Amendment doctrine as it is for other parts of the Constitution.

As Judge Learned Hand put it in 1944: “I often wonder whether we do not rest our hopes too much upon constitutions, upon laws and upon courts. These are false hopes. Liberty lies in the hearts and minds of men and women; when it dies there, no constitution, no law, no court can save it.”

Since young people represent the future of American public opinion, they are the real overseers of the future of the First Amendment.

That’s why we need to survey their attitudes.

That said, teaching still matters. The 2014 Future of the First Amendment survey confirmed that students who had a class dealing with the First Amendment — 7 in 10 said they did — also support freedom of expression in greater numbers.
Indiana’s Jim Streisel, Dow Jones Newspaper Fund Journalism Teacher of the Year at Carmel High School, believes digital media and teaching work together. “If you’re a kid who has always used social media, you’re enjoying the freedom you have without thinking much about it,” he said. “When you take a class, especially a media class, you start to understand what that means, how the First Amendment is behind the scenes.”
Classes help even heavy media users. For example: 65 percent of the students who use digital news daily agreed strongly that people should be able to express unpopular opinions, but if they had a class, their strong support rose to 69 percent. 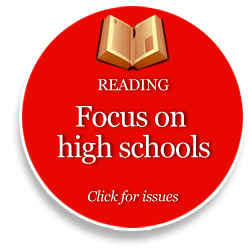 Teacher Streisel says it’s important for classes to teach both media literacy and the First Amendment. That’s how high school journalism classes work. You create media. You learn about the First Amendment. You emerge a stronger supporter of rights but also responsibilities.
But many of today’s classes teaching about freedom do it from the view of social studies or history. They’re not really hands-on. “In driver’s ed,” Streisel says, “we don’t just show pictures of cars and say ‘go drive one yourself.’ We put an adult in there to help students learn. Social media is the same way.”

The digital age has dramatically changed how we consume news and information. Students are adapting to these changes faster than adults, using them for networking and news and now to better appreciate freedom.

Maybe we should learn something from them.

This article, distributed by the American Society of News Editors, originally appeared as an opinion piece in newspapers nationally. Since its appearance, Knight Foundation partnered with ASNE to create Free to Tweet, a scholarship competition for noteworthy social media expressions of freedom. ASNE also produced a teacher’s guide to social media.