As a young reporter I went each week to the police station to copy the crime log. When there were patterns of burglaries or violent crimes, I did full stories. But the crime log itself was news. I carefully typed each item, no matter how small, on my manual typewriter. At 2:30 a.m. Thursday, a naked man was seen walking down Miller Avenue… The crime log was a popular standing feature in the weekly Mill Valley Record, as they are to this day in many American newspapers.

The log was public information. Police could keep investigations confidential, but the crimes themselves were public record. In the digital age, that sort of data can be released directly to everyone with a device to catch it. Through our Technology for Engagement initiative, in fact, Knight Foundation supports governments and others that want to better inform and engage communities. In addition, the Knight News Challenge for Open Gov, as well as grants to the U.S. Open Data Institute, OpenElections and Textizen, focuses on improving the ways citizens and government interact with or without journalists as the “middle men.”

Many journalists just aren’t paying attention to how governments are opening up data. Part of that is cultural. Governments do keep secrets. As the amount of information grows, so do the secrets. Good journalists, operating ethically, try to ferret out the secrets that should be public. We often find ourselves, with the help of such organizations as the Reporters Committee for Freedom of the Press and the National Freedom of Information Coalition, suing the government, forcing it to obey its own open records laws. In addition, news organizations and state freedom of information groups tenaciously demand better open government laws.

Journalists see so many efforts to hide public information that they start to think everyone in government is a scoundrel. That’s not always so. Governments are becoming big digital age publishers. Today the city of Mill Valley publishes far more civic information than its long-gone weekly newspaper ever could. Instead of declaring such data “not good enough,” or ignoring it, journalists might become experts on these emerging forms, even encouraging and assisting government when it does the right thing. Strong flows of data are the seeds of good journalism and of public engagement that solves problems. 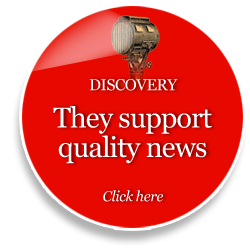 Data is technical — and journalists are word people. Unfortunately, many of us can’t pass this basic math test. Computer-assisted reporting was seen for too long as a special skill taught only by Investigative Reporters and Editors. But now, all reporting is computer-assisted reporting. Newsies who have learned to embrace data find rich returns in readership. The Global Editors Network celebrates data journalism with a major contest.

Here are some things about information flows all journalists should know: 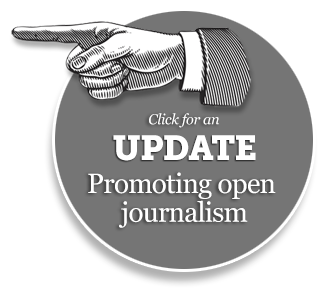 Does this mean we should no longer care about secrets? Not at all. We still need such campaigns as Sunshine Week, which shows how open government helps all Americans. We absolutely need to keep suing and calling for better laws.

Carrots and sticks together might be a better way to move society’s most stubborn animals. Many journalism organizations still support the philosophy of open government and the values of great journalism; they are ready to fight the good fight. But the old school champions try to do it with sub-standard websites, no mobile apps and no collaboration with partners such as the Sunlight Foundation, the Digital Library of America, the Knight-Mozilla fellowships and the Massachusetts Institute of Technology’s Media Lab.

A few groups are trying new things, such as the Reporters Committee, which helps people get access to public meetings or records. But that’s not enough. We need to agree that the only real solution to freedom of information is technological. Liberals are a little more liberal with public records. Conservatives are a bit more conservative. Yet neither side releases much more than half of what it should. Government systems need to be redone so all public information is public from the moment it enters the system. Since these are computer systems, that means freedom of information advocates, along with journalists in general, need to be tech savvy. It also means we need to find new ways to work together to open up ways for people to interact with lawmakers.

In a perfect world, governments would release all data. In the real world, cities, states and agencies say they do not have the money to replace their vintage computers. The next best thing is for news sites to display government datasets, using such tools as Deep Dive from the University of California at Berkeley. Journalists who post all the data can still ferret out stories but also let their communities dig in and get their hands dirty. The Texas Tribune’s searchable datasets are the most visited part of the site (especially for the salary figures of public servants.) 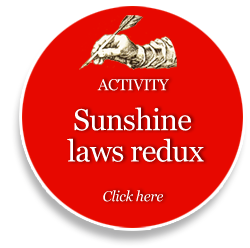 The new world holds as much for journalists as before, maybe more. If I were a reporter in Mill Valley today, I’d try to know everything about city data: what was online; whether it was accurate; what wasn’t there, and why. I’d put on my digital sunglasses and curate it, filtering to see what’s there. I’d post my own data sets when others can’t. Most importantly, I’d find a way to engage the town in conversation about what it all means. I’d try to connect the data and events of daily life to the issues and ideas of a better world.

This article was posted originally on Knight Blog.