We all know the news about the news. A media policy report for the Federal Communications Commission, “The Information Needs of Communities,” has made things abundantly clear. It details the decline of “local accountability journalism.” The evidence: more than 18,000 journalism jobs lost in recent years at daily newspapers alone. This is a paradox of the digital age: more information than ever, yet less local watchdog journalism. The same communications revolution that makes everyone a potential journalist has maimed America’s advertising-based method of paying for professional journalism.

The nation’s institutions of higher learning have an important role to play in the local news crisis. At conventions of the Association for Education in Journalism and Mass Communication, universities are showing signs of increasing interest in local journalism. This is good news. Watchdog journalism is the security camera that keeps the powerful honest.

More journalism schools are starting to do what medical schools do with teaching hospitals and law schools do with legal clinics. A Harvard report on the Carnegie-Knight Initiative on the Future of Journalism Education shows that journalism schools can help communities by playing a role in local . Long considered the caboose on the train of American journalism, colleges and universities that develop community news systems using modern and even experimental techniques can become engines of change that advance the field of journalism.

Journalism and mass communication education, in a nutshell, is a universe of roughly 220,000 students in 500 programs graduating 50,000 students each year taught by 7,000 faculty and 5,000 undervalued adjuncts and part-timers. Since it has traditionally took its cues from industry, as the news community in general denied and misunderstood the digital revolution, so did journalism education. 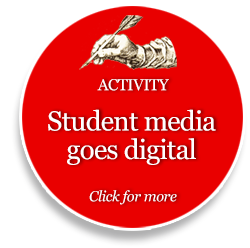 Few studies explain the important trends in journalism education, but what we have raises serious issues. Professors still debate the fundamentals. Scholars have shown that, despite “an urgent necessity,” programs are not changing rapidly to reflect the multimedia world, a trend that continues. Most faculty members have never worked in digital media, never mind social or mobile media. Relatively few professionals get tenure track positions, and the traditional machinery to produce new professors — PhD programs — does not come close to keeping up with the nation’s diversity. Studies measuring change have failed to focus what is being required of all students, instead declaring schools have gone “digital” if they offer even one elective class in a digital subject. 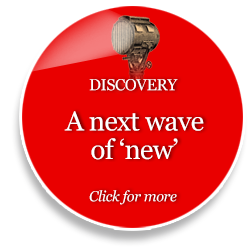 Journalism education matters. Nearly 9 of every 10 entry-level newsroom hires are graduates of journalism and mass communication programs. If students are well-prepared, able to adapt to an ever-changing digital world, there’s hope. Yet many graduates emerge from schools as confused about the future as the industry itself, some 80 percent of which are not accredited by the group focusing on the field, a group that until recently did not consider technological change as a major factor in its accreditation standards.

Educators need to find ways to teach more: critical thinking, topic knowledge, and the techniques and technologies essential to a post-mass media world. The big lesson of the Carnegie-Knight initiative: it can be done. Journalism schools can indeed teach the topic expertise of “knowledge journalism” and, at the same time, practice innovative real-world digital newsgathering. Expanded, this “teaching hospital model” would attack all manner of issues. Two stand out: uniting professionals and professors in education reform and unlocking the potential of the hundreds of thousands of journalism and mass communication students to help underserved communities. 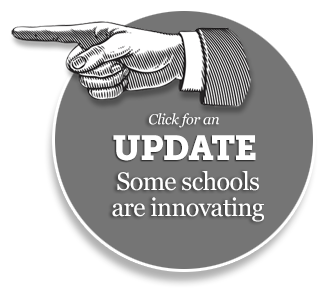 Why did the two foundations get involved? Carnegie has long been associated with higher education excellence. Knight is known for journalism education and media innovation. The two complemented each other. Carnegie’s Susan King (now a journalism school dean herself) coordinated curriculum reform grants. Knight focused on News21, designed to show that top students could do journalism worthy of the nation’s most important news organizations, and innovate at the same time. 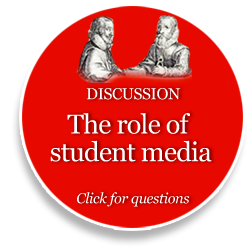 Among the results of the initiative: new master’s degree programs in specialty journalism; curriculum reform tearing up the old “silos” of broadcast and print journalism; and student journalism appearing in The New York Times and The Washington Post, and on CNN, NBC, Yahoo, and MSNBC.

The Carnegie-Knight Initiative wasn’t perfect. The News21 stories are extraordinary. They set a new high-water mark for what student journalism can do. But, like nearly all professional investigations, they lacked deliberate community engagement or significant research on impact. In addition, demonstrations of curriculum reform failed to impress some small-school educators because they came from the “elite” Carnegie-Knight schools. The Harvard report contains criticism and potential remedies. 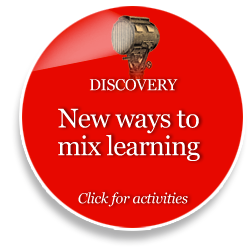 If journalism schools are to improve, university presidents must be involved. The first group of five universities in the initiative was chosen because Carnegie president Vartan Gregorian, himself a former university president, personally knew them. Gregorian believed they would contribute financially. He was right. Each of the presidents put money behind the idea that journalism education needs to modernize or become irrelevant. When the second group of seven universities was chosen (from schools with Knight-funded chairs or centers), those presidents also contributed.

Among the initiative’s successes: Faculty connected to the whole university by team-teaching courses with other professors. Business professors helped with business journalism classes; scientists joined in to teach science journalism; arts educators, arts journalism, and so on. The journalism students learned a great deal about the subjects they wanted to cover. Their teachers gained respect for each other. When the funding ended, many of those classes continued. Tom Patterson at Harvard went on to write a book about this “knowledge-based journalism.”

Journalism schools learned they could innovate and even develop their own tools. Partnerships sprung up between journalism and engineering schools, between journalists and computer scientists. Spin-offs were common, like all-night hackathons where participants developed new software on the spot.

All this required a new open, collaborative style of teaching, learning and doing. Journalism students learned that independence does not mean they must be lone wolves like the great writers of 20th century lore. Nor would they have to work as cogs in giant news organizations run by business people they resented. They learned to work in small, integrated teams with people from many disciplines — graphic artists, business students, computer scientists, videographers, designers, and investigative journalists. These are the teams they will form themselves after graduation as they create the small, nimble media companies of 21st century.

Best of all, they created content to benefit their communities. Before the initiative, many Columbia University journalism students produced stories that, like term papers, were seen only by professors. Today, Columbia produces live journalism through a new news outlet, The New York World, named after Joseph Pulitzer’s famed paper. The University of Southern California, inspired by News21, created Neon Tommy and more than a dozen other community news experiments, including an expansion of Spot.Us, where website users determine what stories freelancers will do and even fund them with small donations.

At North Carolina, students told compelling stories of their own, like the one about the Alaska town that must move because the tundra under it is melting. Berkeley created special websites for underserved communities, including Richmond, a city long without a daily newspaper. Northwestern designed a news service driven from the bottom up by user interests.

The Carnegie-Knight schools are not the only ones transforming. Others among of the nation’s more than 450 college journalism programs are reaching out to their entire university, innovating, using collaborative models and providing engaging community content. We hoped the Carnegie-Knight Initiative would offer a high-visibility example of what happens when university presidents, deans, faculty and students all are interested in reform. We wanted to show what the turning point in journalism education looks like. 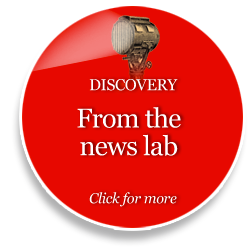 A study co-authored by Tom Glaisyer (now a grant-maker with the Omidyar Network) looked at content creation in America’s universities. His headline: “A lot is going on, but a lot more could be going on.”

A final round of grants in 2011 opened up the Carnegie-Knight Initiative to all schools. With Arizona State University’s president Michael Crow and dean Chris Callahan providing 80 percent of the funding, Carnegie and Knight have filled in the rest to pay for News21 for at least 10 more years. It will sport a kind of “all-star team” of student journalists. Other foundations are donating scholarship money to send top students from their states. All schools can share in the lessons of curriculum reform detailed in the Harvard report produced by the Shorenstein Center. The center also has established a website to promote “knowledge journalism” at journalistsresource.org. The site puts academic research into the hands of journalists to help increase the quality and depth of daily reporting.

We do not yet know how many universities will take reform seriously. At Indiana University, under the banner of “reform,” officials announced a plan to bury an independent school of journalism within a larger school, making it appear much less nimble. 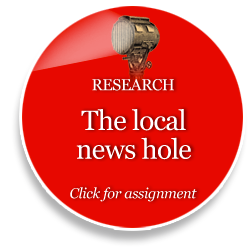 At many schools, tragedy is compounded. Scores of public radio and television stations are run by universities that promised community service but today offer not a scintilla of local news. Imagine those campuses having student journalism along the lines of Temple University’s award-winning PhiladelphiaNeighborhoods.com. Imagine those campuses getting the coverage you see and hear in the University of Florida’s broadcasts. Temple and UF are not providing lip service. They’re doing community service.

By coincidence of the calendar, we occupy the earth today during a moment of profound transition in human communication. If our educational leaders do not choose to rethink journalism education now — with communities hungry for local accountability news and the world moving toward an information economy — all I can ask, respectfully, is this: When will the time be right?

This is an updated version of an article that first appeared in Harvard’s Neiman Journalism Lab.