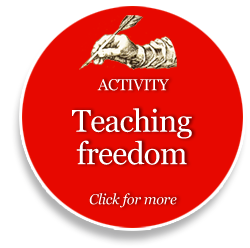 The core of the survey covered the basics. What do school folk and their students know about the First Amendment? Did they care about the 45 words that give Americans the right to say almost all other words? Each survey asked core questions on freedom of religion, speech, the press, assembly and petition. We also added new questions to probe why students believe the way they do.

2004: More than 100,000 students, teachers and administrators took the first survey. The results revealed a surprising lack of First Amendment understanding and appreciation in high schools. Three-fourths of the students said they either didn’t know or care much about the First Amendment. This news made national headlines. Liberals and conservatives agreed: Something should be done.

A bright spot: students who get First Amendment teaching in schools know more about it than those without classroom instruction. In addition, student journalists, who get even more instruction, have a larger understanding and appreciation of the amendment. A lot of people, including me, believed that increased teaching would help move students toward a better understanding of and appreciation for the First Amendment.

2005: Congress created the annual Constitution Day, requiring public schools to teach about the Constitution every year on Sept. 17, the anniversary of the 1787 signing.

We invested in teaching and resource programs, trying to put a First Amendment focus on Constitution Day. Grantees, including the Bill of Rights Institute and the Newspaper Association of America, distributed classroom materials. Channel One produced news stories and video lessons. We reached some 40,000 teachers. Our experiment hoped to show whether the combination of news stories about the survey, the Constitution Day mandate and new teaching materials might increase First Amendment teaching and learning.

2006: Our second survey showed that teaching of First Amendment issues increased significantly. Yet students seemed to be going in the wrong direction. More students this time around said the First Amendment goes too far — 45 percent, up from the first survey’s 35 percent. Perhaps many of the teachers who had recently started teaching the First Amendment weren’t very good at it. The teachers who had low opinions on freedom tended to pull the students down to their beliefs. On the other hand, teachers strongly supporting individual rights helped bring the students up. 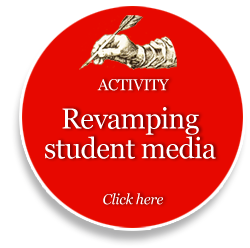 In other words, the increase in teaching did not equal increased learning. We started to question the idea of Constitution Day-style solutions. We wondered about other ways students could learn about the First Amendment. After all, the public seemed to like the First Amendment again. (By 2006, the percentage believing it “goes too far” had fallen from 49 percent to only 18 percent). Some scholars claimed (wrongly) that young people didn’t care about public life, so out-of-class lessons just wouldn’t work. The team working on the research realized it didn’t know enough. We wanted to know more about the power of Constitution Day, who influences young people and whether they consumed news.

2007: Our third survey showed that Constitution Day had not been observed in schools as much as we thought it was. Teaching of First Amendment issues was falling off. But student support for the First Amendment increased. The survey also showed that parents, not teachers, have the greatest impact on young people’s news choices. Students were indeed connected. But they consumed news digitally rather than traditionally. So the journalism team thought out-of-classroom projects might move First Amendment numbers forward.

By this time, many of our grants to increase teaching were running their course. We did continue to help such education reformers as First Amendment Schools founder Sam Chaltain produce teaching materials and books through his Five Freedoms Project. But we worried about the difficulties of trying to reform the nation’s educational system. America’s largest foundation, the Gates Foundation, had put out a report on its massive high school reform efforts, detailing how complex, expensive and difficult education reform can be. We continued to wonder what, if anything, could happen outside the classroom that might help the First Amendment.

2011: Our fourth survey showed that high school students who used social media had greater First Amendment knowledge than those who didn’t. In the midst of the social and mobile media revolution, for the first time since we started the surveys, student understanding and appreciation moved strongly in the right direction.

Again, this time, teaching decreased, but learning numbers improved. How could there be less teaching but more learning? Perhaps using social media is like being on a school newspaper: You express yourself in public and so are more interested in the rules that govern public expression. Or perhaps the reason is more simple. Maybe students support freedom when it directly benefits them. They believe music lyrics and student newspapers should not be censored, for example, but don’t feel the same way about traditional print newspapers. Since a large majority of students use social media, it’s “theirs,” in the same way that music is theirs.

Looking beyond the classroom

What should future First Amendment surveys ask? Should we look more carefully at how teacher beliefs affect students? Or try to figure out where teachers get their skewed ideas about the First Amendment? Do their beliefs relate to demographic, geographic, ideological, educational factors or others? Are teachers who are suspicious of digital media the same as those who don’t have strong First Amendment knowledge and beliefs? If teachers used social media more, would their First Amendment attitudes and knowledge improve? Or is the whole thing much simpler than we think: the further away society gets from a violent event such as 9/11, the less we worry that our open, tolerant attitudes make us vulnerable. 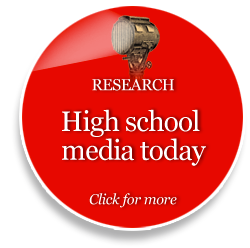 All in all, put into context, the glass seems half full. First Amendment awareness and understanding among high school students appears to be increasing. High school journalism is plentiful (though mostly not on line), shows a survey by Mark Goodman, the Knight Chair in Scholastic Journalism. And the American Society of News Editors-led Sunshine Week seems to have helped rally many groups to help people understand why Freedom of Information laws are important.

After 9/11, FOI laws were rolled back. That trend now seems to have slowed and in some states stopped and reversed itself. But at the national level, many argue, the current administration is less transparent than its predecessors. Maybe the seemingly unstoppable military-digital-industrial complex is the hidden source of this increased secrecy. An “FOI audit” technique I developed in California seems to confirm this. (The “audit” consists of using the freedom of information laws to in essence require the government to report its own performance under those laws.) The first Knight Open Government Survey showed few federal agencies following the president’s open government order, signed on his first day in office; even after a stern letter from the White House chief of staff told agencies to shape up, a second survey showed progress was still slow.

Such topics as greater public awareness of freedom and the success of high school journalism might seem high-minded. But caring about them is not an academic exercise. Our work makes a difference — exactly how much of one is difficult to say. Changing the future is a tricky business. Media ecosystems are just as hard to unravel as any other sort. We can’t go back in time and see what happens if we don’t make our grants, so we make our best efforts to measure and predict.

Such projects as Knight’s high school initiative had enough value to draw strong partners, including Reynolds Foundation. Others, such as the News Literacy Project, put together local funding packages. Some projects had strong matching funds from schools and were continued by government, such as Prime Movers in Philadelphia.

We helped several groups raise endowments, including Student Press Law Center, which fights for student journalists; the Reporters Committee for Freedom of the Press, which defends all American journalists and the Committee to Protect Journalists, a champion of journalists worldwide. We joined with the Poynter Institute to create News University, now with 250,000 registered users. NewsU.org is such an effective educational model, Poynter made it central to the organization. The Newseum, the world’s only major museum of news, donated games to NewsU that teach the importance of news and the First Amendment to thousands of students every year. Sunshine Week has provided open government news stories read by millions of Americans.

These groups publish lengthy lists of accomplishments. They free news organizations, improve journalism, keep people out of jail and save lives. But the overall trends they seek to shift — excellence in journalism and journalism education, public awareness of the importance of journalism and open government — are moving targets, often pushed by much larger forces than foundation grants. Efforts to increase diversity in commercial news organizations, for example, smashed into what may be a permanent economic brick wall. As the book “News in a New America” explains, when traditional news organizations grew and made money, they increased diversity. Today, as the organizations shrink, so does newsroom diversity (which may then push the community away and increase the rate of the news organization’s shrinkage). Newsroom training is in a similar position, shrinking with the news outlets. 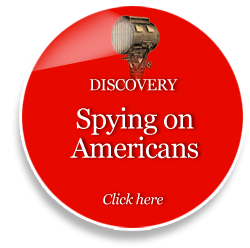 Despite the uncertainties, we keep trying. We plan to continue the First Amendment research with our collaborator, Dr. Kenneth Dautrich, a senior researcher at The Pert Group and professor at the University of Connecticut. Dautrich, who has worked with us since the start, co-authored a 2008 book, “The Future of the First Amendment”, about the first two surveys. I continue to wonder about out-of-classroom alternatives. Are social networks and games legitimate alternatives to traditional classroom work? In the 21st century, improving classroom teaching seems harder than to create a popular game or YouTube video. This, too, is a rich area to explore. We’ve done some early work on educational games, technology for innovation and digital media literacy, partly in connection with strengthening libraries in Knight Communities.

A good portion of Knight Foundation’s work involves starting new things. This isn’t usually how people think about government or foundation funding. Many do good work by doing what we would call charity: “Give a man a fish and you feed him for a day.” Foundations call their work : “Teach a man to fish and you feed him for a lifetime.” And a few foundations do what you might call venture philanthropy: “Find a better way to fish, help people teach that, and see if you can end hunger.” These are different approaches: Charity focuses on present-day needs; philanthropy, on opportunities to change the future. It’s riskier, to be sure. But when it works, the rewards are plentiful. 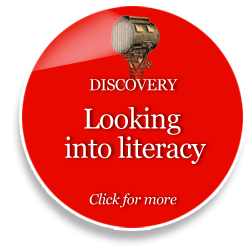 When you look at venture capital successes in starting digital media businesses, venture philanthropy doesn’t seem all that bold. Just think of how digital media has changed since the first Future of the First Amendment survey: Facebook, if it were a nation, would be the third largest in the world. Then Twitter came along, and people across this planet seemingly tweet more than all the birds. The younger generation, the digital natives of this social, mobile media world, seem to have a greater appreciation for the freedoms that make it all possible — much greater than the high school students who came before. To me, this is a hopeful sign that these new digital tools can amplify the best in us.

The original version of this post appeared on Knight Blog.