When Knight Foundation first started working with the National Endowment of the Arts on the issue of arts journalism, we asked four questions: Is arts journalism in trouble? Does it matter? Can anything be done to help? How can we — the Knight Foundation, the nation’s leading private funder of journalism innovation, and the National Endowment for the Arts, the nation’s leading advocate for the arts — improve the situation? Let’s look at the questions and answers:

1. Is arts journalism in trouble?

Nationally, arts journalism is doing well. Locally, it is not. Nationally, the medium of film is an example of the positive post-Internet trend. Even as film critics shrink in traditional media, the victims of the new economics of the digital age, they are blooming in cyberspace. As the film critic Roger Ebert reported in the Wall Street Journal article, “Film Criticism Is Dying? Not Online” :

“The Web and HTML have been a godsend for film criticism. The best single film criticism site is arguably davidbordwell.net, featuring the Good Doctor Bordwell and his wife Kristin Thompson. Their names are known from their textbooks, studied in every film school in the world. But they are not users of the obscurantist gobbledygook employed by academics who, frankly, cannot really write. They communicate in prose as clear as running water.”

In communities across America, however, the story is quite different.

ArtsJournal.com editor Douglas McLennan estimated that in 2006, roughly 5,000 people covered arts beats for American newspapers. Now, he believes, that number has been cut in half. This rate of cutback would be higher than average. The American Society of News Editors census shows that in the past decade, one in three newsroom jobs has been lost.

Even more than community journalism, traditional local arts journalism in the U.S. is going through a messy digital transition, often disappearing in many communities.

“Intelligent Internet journalists are taking up the slack, at least in some cities … websites exist for theater, books, art, dance and other kinds of music, and more are springing up all the time. Yet many of those sites don’t pay their writers, and most struggle to make ends meet. In many cities, especially smaller ones, substantive blogging has not sprung up to replace what has been lost. ” 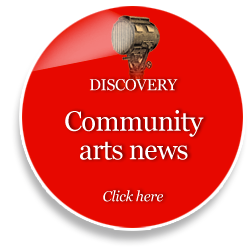 The Knight Commission on the Information Needs of Communities in a Democracy would say it does. News and information, the commission said, is as important to community well-being as safety, the environment, education. In fact, quality flow of news and information is necessary to determine how a community is progressing on any issue.

Like news, the arts are a type of glue that can bind communities. A Gallup Research project funded by Knight Foundation, Soul of the Community, shows that three things strongly connect people to their communities: openness, social offerings (such as concerts and other arts events), and aesthetics, such as beautiful parks. Prosperous communities tend to have more of the types of people who feel this sort of attachment.

How can a community appreciate the benefits of the arts without quality news and information telling them who is doing what, what’s available and what people are saying? Or without providing critical reviews and features on artists and their craft and demonstrating how the arts serve as a catalyst to better our lives?

3. Can anything be done to help?

Journalism in America does not need to be saved, the Knight Commission says, so much as it needs to be created. Rather than embark on a search for the past, the commission urges us to look ahead.

This means being neutral about the delivery mechanisms of news. If, as Pew Research indicates, digital news is becoming more , then the question becomes: How can arts journalism do this? How can it be mobile, customized and interactive? 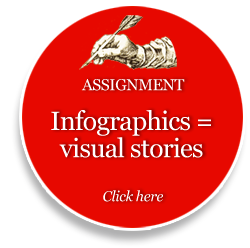 As investigative reporting has dropped out of daily newspapers, individuals and communities have been willing to donate funds to see it done in new digital formats. Nonprofit news sites have popped up in almost every state. Their funding varies from state to state. But a 2011 study by the Investigative News Network shows that these startups have fared better than the average business startup and the average nonprofit startup. I think this is because the journalists running them do not think failure is an option. More importantly, I think it’s because what they are doing is important.

The ultimate future of these new nonprofit sites, like the future of news itself, is uncertain. Despite their small staffs and fragile budgets, they are providing thousands of investigative stories seen by uncounted millions of people. If what Harvard professors call the “creative destruction” of our traditional news systems is only a temporary event, and the commercial side eventually corrects itself, these sites will have provided crucial watchdog content to help the transition. If the structural changes affecting journalism are permanent, and some content no longer has commercial support, period, then these sites are at least a start toward a solution.

In this light, what’s interesting about arts journalism is that, unlike investigative journalism, the arts are already supported by economic systems. No one buys a ticket to go to the city council meeting. But every day, people purchase tickets to see exhibitions, theater, dance and musical performances. Under their own power, arts providers have banded together to create new information hubs on the Web — they see it clearly in their best interest. This offers economic and partnership possibilities beyond what we are seeing in investigative reporting.

4. How can NEA and Knight show their interest and concern?

NEA and Knight already have a history of working together on ArtPlace, a place-based program to help revitalize arts in communities across the country, with federal and philanthropic leaders. This raised an obvious question: Is there an equal to ArtPlace for arts journalism? Could Knight and NEA partner in a Request for Proposal process that would allow the eight resident Knight Communities to propose new forms of arts journalism?

The Knight communities represent a cross section of America, living laboratories in which news and information experiments can be tried. The foundation has tested this topic with its arts program site, KnightArts.org. The site receives significant Web traffic.

We wanted to be as open as possible to new ideas: To collaborate with unusual partners and try new approaches, proposals that achieved arts-journalism goals and others, such as education. These projects would improve the flows of arts journalism in communities and have a good chance of sustaining themselves.

So we decided to hold open contests in the eight Knight communities, hoping that winners and runners up would represent the sort of fresh thinking the Knight Commission calls for. Our hope was that a contest would encourage new arts news techniques, technologies and networks of the future. 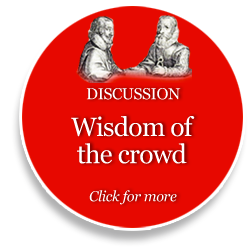 Plenty of people lament the disaggregation of news that leaves specialty reporting fending for itself in the Digital Age. But to the entrepreneurial minded, this is a time of great excitement. In the era of creative destruction of traditional media, we can emphasize creation.

That’s how the Community Arts Journalism Challenge came about. Given the extraordinary numbers of entries and the excitement generated by the winners, we’re glad we did it. The Charlotte Arts Journalism Alliance links five major media players, including the Charlotte Observer, with the University of North Carolina to increase arts coverage in the city. CriticCar is gathering citizen reporting on the Detroit arts scene. Art Attack is increasing arts coverage in a partnership between the Philadelphia Daily News and Drexel University.

This article originally appeared on Knight Blog. After publication, the National Endowment for the Arts announced that the arts journalism contest was so successful that NEA would add journalism grant making to its regular local arts grant-making program. Here’s one of the winners of that program, the Macon Arts Alliance.