When a big newspaper goes bankrupt or shuts its doors for good, what’s really at stake?

In recent years, great American cities have asked themselves that question. In Philadelphia and Chicago, once rock-solid newspapers have filed for bankruptcy protection. In Seattle and Denver, the “second daily” has closed.

But what does it really mean, for the city in question, for the greater community, for us as consumers of news? Does it matter?

An august body of experts from a First Amendment lawyer to a software engineer, traveled the nation to answer that question.

Their conclusions appear in a 118-page report of the Knight Commission on the Information Needs of Communities in a Democracy. 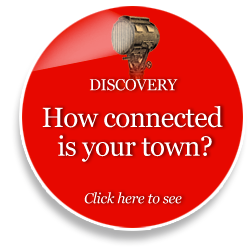 That makes sense to us here at the Knight Foundation. The Internet has thrown our longtime news delivery systems — tree to paper to press to truck to your driveway — into a state of economic chaos.

But rather than try to turn back the clock, we’re trying to help create what’s coming next.

We have seeded more than a hundred community news experiments — and have been surprised by how many have quickly taken root.

Traditional news organizations also are using digital technology to their advantage. They’re reaching greater numbers than ever, working with local bloggers and citizen journalists, interacting with — rather than talking at — their communities.

What can a community do to help? The Knight Commission offers 15 ideas, from championing news literacy in the public schools, to making public libraries centers for digital training and access; from creating public broadcasting that is more local and more interactive, to building city hall websites that actually make public information easy to understand.

But my favorite is this one:

America needs universal, affordable broadband access. Everyone, no matter their age, race, income or neighborhood, should be able to go online to get whatever they want — video, audio, photos and text — from anywhere in the world as fast as anyone else can. 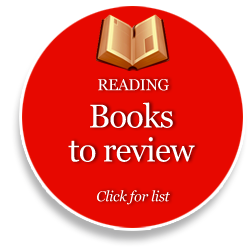 This isn’t the first time we’ve faced a need to connect the nation. In the 19th century, we linked east and west with the transcontinental railroad. In the 20th, we linked driver to destination with the United States Interstate Highway System.

Today, we need to link people and ideas. Almost two dozen other nations now rank ahead of the United States in high-speed broadband. That just won’t do.

Digital cities will be the best markets for local news products, the most interesting laboratories for new ideas, the perfect places to chase the American Dream.

After this column appeared in the Miami Herald, the Knight Foundation went on to help several “Knight communities” (cities in which the Knight brothers once owned newspapers) win federal broadband deployment grants. That said, universal broadband access needs to be followed by universal adoption. Yet municipal wi-fi and other free Internet systems are routinely opposed by cable and phone companies. Public libraries provide free access and in many cases digital media literacy training, but they need more support. One promising effort is Connect2Compete, offering low-cost Internet access. Another is the Knight School of Communication at Queens University in Charlotte, which has taken on the mission of raising the digital media literacy rate of the entire city.)
In addition, universities across the country did a series of research papers and public events to keep a conversation going on the ideas in the Knight Commission and FCC reports, both named “Information Needs of Communities.” The videos from the University of Missouri events can be seen here.

Why we need a pubic media technology transformation fund