On World Press Freedom Day, you’d think the Knight Foundation would be all smiles, having invested $100 million this past decade to advance freedom of expression. But we aren’t all smiles. Much more must be done. 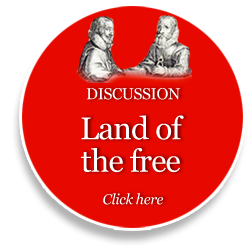 Just look at the World Press Freedom map, produced by one of Knight’s partners, Freedom House. Over time that map has come to reflect the mess of humanity at its messiest. We try to bring some order to things by labeling the world’s countries “free” or “partly free” or “not free.” Way too many are still not free. How did that happen? When you look at the map over time, patterns emerge.

After the Cold War ended, the map showed growing. But after the terrorism wars began, it showed press freedom shrinking. War ends, freedom grows; war begins, freedom shrinks. So which way is it headed now? Looking at the past, you’d have to say it would be forward — and backward. 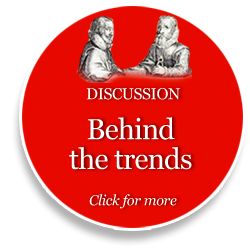 We zigzag between different possible futures, some of which are frightening.

One of those futures, you might imagine, could be World War 3.0, so named because it may already have started in cyberspace, where more than 100 countries already have cyber armies. Once it branches out with modern firepower, we could easily wreck the planet. Label this scenario “not free.”

Or imagine many small wars. A Return of the Tribes. Our cyberspace cloud would be a giant virtual brain at war with itself. Digital cocoons would keep us focused on what we already believe. would break all news. Flash mobs rule. Attention deficit disorder thrives. We are “partly free” but going nowhere. 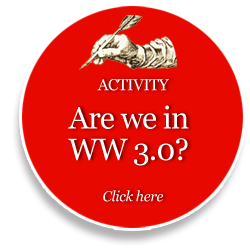 Or maybe we see the Rise of Authoritarian Capitalism. China wins the global economic competition. The corporation is the state. Dictators run our lives. They sterilize the news. We eat up mindless entertainment to forget a world that once again is only “partly free.”

Or, many hope, we could create a Crowd-Sourced Planet. Personal expression abounds. Education is universal. We throw out the crooks and innovate to solve our problems. In this peaceful and sustainable world, we are free.

People argue a lot about variations of these futures. The crystal ball is cloudy.

Some of the futures I’ve described sound like science fiction. But science is pushing us there. Our radar is fuzzier than it needs to be because in the digital age of communication we haven’t fully changed the ways we measure and describe concepts like world press freedom. 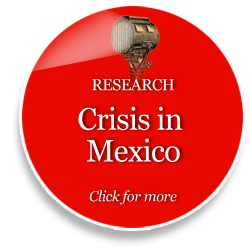 We see violence and instability driving our traditional press freedom indicators downward, and digital revolution and popular uprisings pushing our hopes upward. If we can’t tell where freedom really stands, how can we help it grow?

Let’s start with violence. The 20th Century was a century of war, they said, and the 21st Century will be one of peace. That hasn’t yet happened. We have dozens of national wars, civil wars, drug wars: The World Bank says 1.5 billion people are victims of poverty and violence. As uprisings spread, so do attacks on journalists, with terrorists beheading reporters to get attention. A violent world is not a free world.

A war of ideas

For centuries, freedom has crept forward during the lulls between the stops and starts of a continuous war between open and closed societies. The real war is not so much one of nations as it is one of ideas, increasingly happening on battlefields without boundaries, a fluid and confusing fight in which leaders attack their own people and in which people, corporations and nations can abruptly change sides.

Cyberspace was built for a fight like this. And there it sits. Our militaries defend against cyber attacks every day. We are probably already engaged in . We just don’t know it. The details are kept secret.

Cyberspace censorship is growing. David Drummond, Google’s chief legal officer, reported that in 2002, only four governments censored the Internet. But in 2011 40 do.

Voice and facial recognition software, global positioning systems, all these things can be used by tyrants to track you down. Once they tortured you to get to your sources; now they need only to acquire your digital communications records to access your most private information. 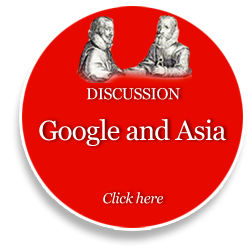 During these violent times, can America be at its generous best when making the case for freedom? It’s not an easy test. But we have to try: we need the moral high ground to show how freedom of expression underpins all human rights. We need to operate in a framework of freedom, exceptions strictly limited.

Our record is not what it could be. As the Student Press Law Center points out, student journalists are not well protected legally, nor are the increasing number of freelance and volunteer journalists; nor, for that matter, are all full-time professionals.

America’s leaders speak eloquently on the “freedom to connect.” But we fail to live up to our promises. Our military says its employees should not look at the WikiLeaks or The Intercept websites. Apple goes after the blogger who leaked the iPhone specs. Teachers won’t let students use cell phones. The Rev. Jerry Falwell Jr. blocks his students from a local news website. 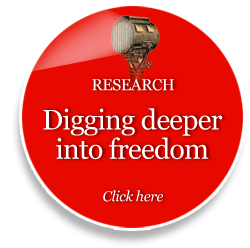 Can you hear Stalin out there somewhere, applauding? He said ideas were more powerful than guns. He would not allow his enemies to have guns. Why would he leave them free to know and share ideas? Stalin would face difficulty today in a world in which we can instantly share ideas. Like the sun, water and air, news wants to flow freely. But that doesn’t stop threatened nations from fighting back. They fight and traditional press freedom indicators fall.

That said, freedom may be growing, even if our world press freedom map says it isn’t. Why? Because we tend to focus on the worst human rights tragedies — journalists killed in Pakistan, Mexico and Iraq; jailings in Eritrea, Burma, China and Iran. We follow the decline of institutions. We watch the states of the former Soviet Union recreate repression. We track every negative. But what about positives? 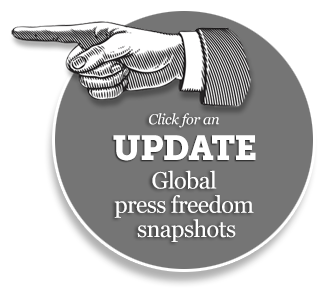 There are now 5 billion cellphones on a planet of 7 billion people. Where is that on our maps? You hold a printing press, broadcast station and telephone in your palm and can say what you want to whomever you want, times five billion. That’s some free expression.

Look at Egypt, with as many as 90 million cellphones, depending on the source, for a nation of 80 million people. Suddenly, the whole media ecosystem is different. (Remember, news does not care how it flows. Like water, it takes the easiest path.) Someone might post a note on Facebook about a rally in the square, or tweet it, or call a friend, or text it, or blog it. Or people in the square might talk to each other (yes, that can be news). Or watch it on satellite TV and share that on the Internet. 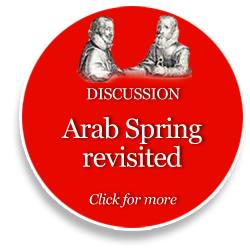 Our usual indicators show little freedom in Egypt’s traditional media. But those measurements didn’t matter. When Arab Spring arrived, the uprising was digital. Facebook mattered. The journalism on Al Jazeera mattered. Even Twitter mattered. People communicated. Theirs was a Digital Uprising, not yet a revolution but a protest that ousted a president.

We need a new calculation: Track the freedom in today’s digital media ecosystem. Subtract the censorship, and then see where we are.

To do this, we need a real-time picture of where digital media is on the planet. Regulators should require global companies to tell us the level and type of technology in various countries. Internet providers should alert us when service is blocked. Governments must disclose far more about cyber attacks. 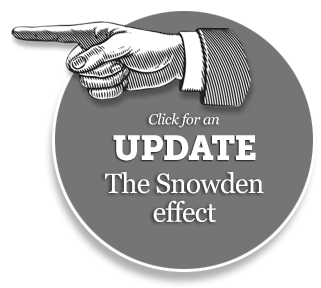 We need better radar to know exactly how best to help. If many-to-many media is causing a new era of freedom in spite of institutions, not because of them, we need to deal with that. We already know enough to call for a much bigger effort. We must support good work, such as the Committee to Protect Journalists and the Inter American Press Association’s to fight against those who would kill journalists. At the same time, we must expand.

Knight Foundation is supporting a legal defense fund created by the Open Society Foundations. Our part in the project’s launch is to help defend bloggers and website proprietors unfairly jailed around the world, as we already do here at home with the Reporters’ Committee for Freedom of the Press.

On the digital front we support other work: The World Wide Web Foundation, founded by Sir Tim Berners-Lee and dedicated toward universal use of the Web and The Aspen Institute’s IDEA project, which pushes for greater Internet freedom through free trade. Over the years International Center for Journalists has been a key grantee, with fellowships that use digital approaches to create lasting, visible change in journalism and its impact. 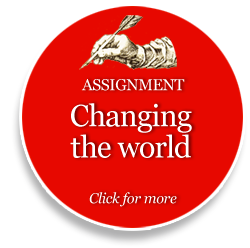 Marcus Brauchli, former executive editor of the Washington Post, says press freedom is increasingly shaped in the “unsettled territory” of cyberspace. He urges support for “the journalistic standards of emerging media.”

New types of media open the door for the creation of new rules. This reinvention of communications should cause western governments, the largest providers of media development aid, to exponentially increase support. But like the promised century of peace, this isn’t happening, either.
Media development money is just a pimple on the nose of international aid. Globally, estimates put it at $500 million a year — the price of four F22 Raptors. This makes no sense. Media development aid creates the independent journalism that tells you whether all the other aid is being stolen. Just as freedom of expression supports all other freedoms, media aid supports all other aid.

A report by CIMA shows the U.S. spends only a sliver of a percent of all its aid on media in developing countries. This is before calculating budget cuts. So let’s summarize our federal strategy: Spend vast amounts of money on traditional aid that keeps an Egyptian leader in power for decades. Spend tiny amounts of foreign aid on building independent media. Watch in surprise when there is an uprising. Some media aid might have shown that all the other aid was not doing its job.

Our global challenges don’t give us many more chances to get this right. We owe it to the brave people who gave life and liberty for the cause of freedom to try to do better. We know free countries prosper. That honest governments are more stable. That people must be free to act to advance their own true interests.

Let’s use social media to let freedom ring. Tweet or text or blog or post a simple message about freedom of expression. Ask your friends to pass it on. Use what we have as we work to get more.
The original version of this speech was delivered on World Press Freedom Day at the Newseum in Washington D.C.