Clarity matters. That seems obvious. Yet in our nation’s capital, when the Sunlight Foundation released a 2012 study measuring how well lawmakers communicate, we learned that even clarity can be controversial.

Sunlight found that members of Congress have made a big leap these past seven years in their ability to talk clearly. You would think all would jump for joy. We want open government. Clear talk is more accessible than jargon. But no. Sunlight’s news release — and most of the news coverage — took a different tack. They asked: “Is Congress getting dumber or just more plainspoken?”

That’s just wrong, and it brings into focus a big issue for foundations. 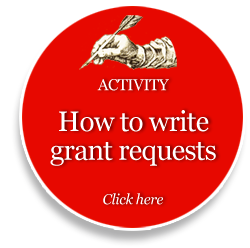 Too often, we fall into the trap of thinking complex communication equals intelligence. Fancy words mean you’re smart; simple words mean you’re dumb. Because my foundation, the John S. and James L. Knight Foundation, was founded by two of America’s leading newspapermen, we think about this topic a lot. We believe you have to be smart to convey difficult subjects with clarity. If you can do it, your work will be more effective.

To measure Congress, Sunlight used something called the Flesch score. Rudolf Flesch, author of “Why Johnny Can’t Read — And What You Can Do About It,” created this measure of readability. The higher your Flesh score, the clearer your writing. The clearer you are, the more people you reach.

Let’s test the Flesch score of a classic children’s song:

Run a spell check in Microsoft Word, and if your settings are right, a Flesch score will pop up. Without line breaks, “Three Blind Mice” scores a nifty Flesch of 70. No wonder everyone understands it.

Yet too many writers at too many foundations would feel compelled to change this simple song by layering on foundation-speak. It would go more like this:

On a scale of 0 to 100, that scores a Flesch 0. Unlike Coke Zero, Flesch 0 is a bad thing. Too often, this is how we in philanthropy talk and write. We litter our prose with jargon. Our message becomes vague. Truly, how can we expect to help people if they can’t understand us?

At the Knight Foundation, our mission is to advance “informed and engaged communities.” That can’t happen without clarity. So we use the Flesch score. We try to keep our internal documents at a Flesch 30 or higher; our press releases, Flesch 40; our speeches, Flesch 50. Since any readability test is only a rough measure, we don’t sweat decimal points. Numbers rounded off are fine.

Knight is certainly not the only foundation that believes you must speak to a society to help improve it. Michael Bailin, president of the Edna McConnell Clark Foundation, wrote: “The real threat of unclear language is its power to extinguish thoughtful public discourse.”

Indeed. How can we expect a community to act on a study if only a few Ph.D.s can understand it?

Even worse, noted Tony Proscio, author of “Bad Words for Good,” is what folks do when they don’t understand: “People who can’t puzzle out your real meaning will soon draw their own inferences about it.” That’s right. We remember in narratives. If a story has a hole, we fill in the missing piece, using our imaginations when we don’t have any facts.

After a dozen years of grant-making, I’ve learned — sometimes the hard way — that clarity does matter. When the writing is clear, we understand each other. Paperwork moves faster. Questions are fewer and smarter. Discussion is richer. The money we give away achieves more. People know what they are trying to do and why. Clear writing allows all parties to get on the same page and move in the same direction. Think about a grant as a common dream of a better future. Clear writing helps us dream together.

It can be fun. At Knight Foundation, we run such seminars as “Writing Tips and Tricks.” Mary Ann Hogan sometimes helps us out as a writing coach. Not long ago we gathered at lunchtime to play “Jargon Jeopardy,” a version of the game show that rewarded clarity. During the game, the tired foundation word “stakeholder” came up. The host (me) joked that the only stakeholder who lived up to the title was Buffy the Vampire Slayer. She not only held stakes but plunged them into the hearts of the undead. I wish I could do that to some of the news releases foundations put out.

Federal agencies have been urged to keep their writing simple. Under the new Plain Writing Act, officials must communicate more clearly with the public — use the active voice, avoid double negatives, favor personal pronouns and run the other way if someone says “incentivizing.”

The nonprofit Center for Plain Language, founded for federal workers, gives awards for the best and worst of government-speak, including a “turnaround” prize for the most improved agency.

The average American communicates at about an 8th-grade level. That does not mean America is in the 8th grade. It means only that we prefer a level of clarity that can be understood by everyone all the way down to the 8th grade. Congress is now talking at a grade level that reaches down to the 10th grade; it used to be the 11th. So its members got a little clearer — to answer Sunlight’s question, they became more “plainspoken.” They may or may not be dumber. That’s an entirely different question.

If you ask me, Congress is still not clear enough. There’s still a lot of “Three Rodents with Defective Visual Perception” going on in Washington. (That version of the song, by the way, scores at Grade 28. You can easily hide what you’re really doing if no one can understand you.)

Of course, clarity doesn’t equal truth. But it helps. Though Sunlight was wrong to equate simple words with simplemindedness, it still did two good things:

First, it raised the issue. Second, it called attention to a useful new website: capitolwords.org. The site is a gift of the digital age. You can type in a word and see who said it in Congress, when and why. You can see which words members most used each day, track their usage over time and see which words your congressperson used most. You can even type in “clarity” to see what sort of debate Sunlight created with its study.

The holy book of clear writers, “The Elements of Style,” offers this wisdom: “Vigorous writing is concise. A sentence should contain no unnecessary words, a paragraph no unnecessary sentences, for the same reason that a drawing should have no unnecessary lines and a machine no unnecessary parts. This requires not that the writer make all his sentences short or that he avoid all detail and treat his subjects only in outline but that every word tell.”

What is the penalty in foundation work for writing that does not make every word tell? We waste money that isn’t ours to waste.

I remember years ago looking at a report from a longtime grantee. The project was to get young people into a certain career. After a decade and much expense not one young person who had gone through the program had gotten into that profession. I looked carefully at the reports and at our grant documents. The grantee’s work fell within the language of the grant. But the grant never set a clear goal. Talk about “defective visual perception.” 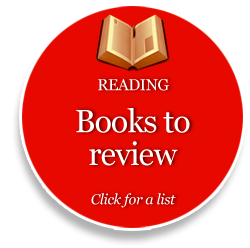 If I could wave a magic wand: Grantees would help edit foundation paperwork about their projects. Grant write-ups (our internal summaries) would be so clear they could be news releases. Grantee reports would be so honest you could put them right online. Grantees would blog their benchmarks. The foundation would speak clearly and candidly not only about what it has done but also about what it’s thinking of doing and why.

How do you make these changes? One word at a time. So when you next look down at the sentence in a grant write-up that says, “The primary stakeholder will operationalize the leverage so they can scale their sustainability infrastructure,” don’t panic. Just please change it to

“They will hire a fundraiser.”

After this piece (Flesch score 68) was published by the Chronicle of Philanthropy, Knight Foundation gave a grant for Project Madison, a tool to help the public write legislation.