Seeing Innovation in a New, Better Way for Journalists, Educators 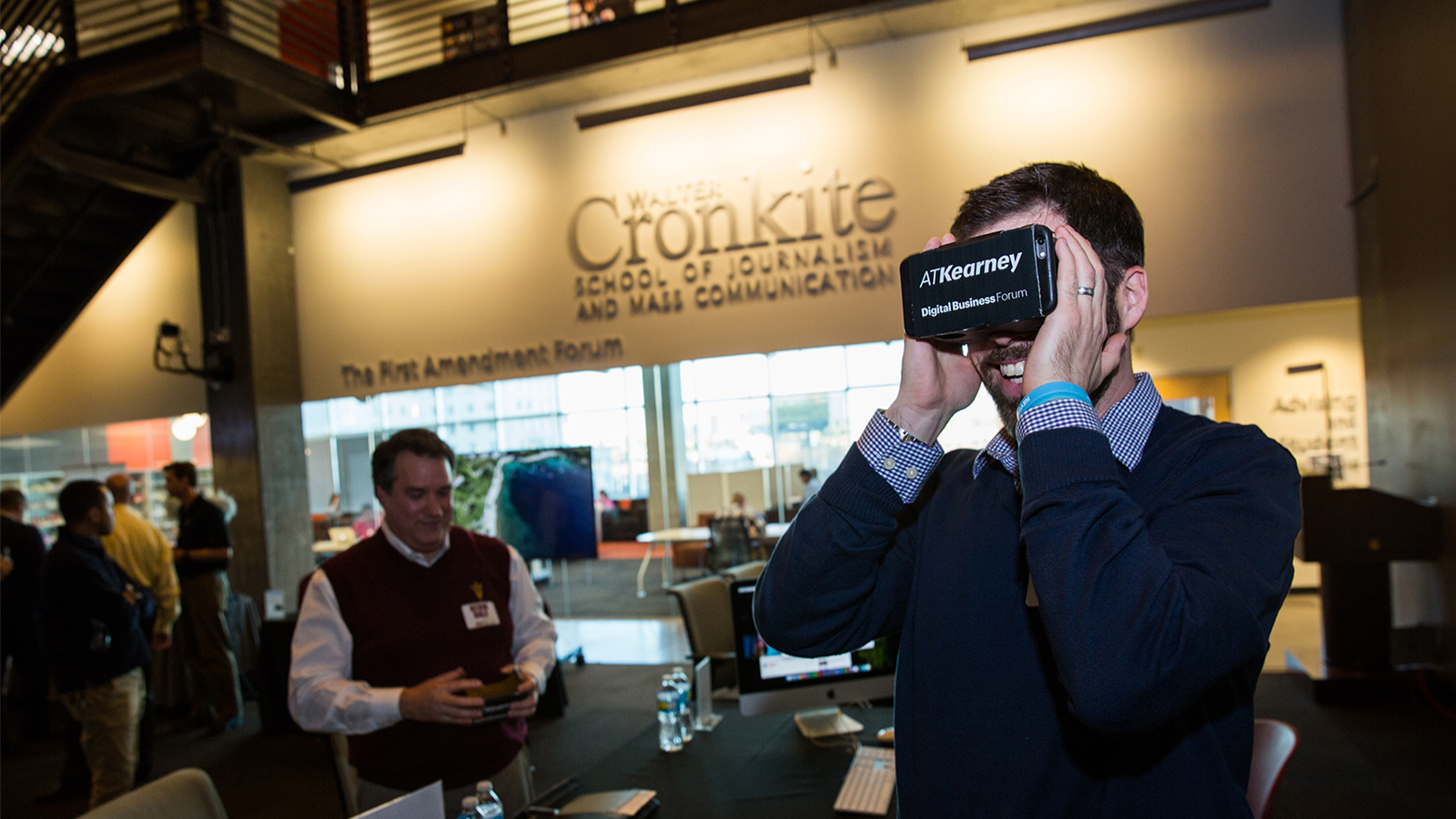 In a popular television commercial, Jeffrey Tambor plays a corporate boss sitting in suit and tie at the end of the long conference table. He wants big ideas. But his staff got drunk the night before. They have nothing. At least they brought breakfast. “Bagels?” asks Tambor. “Peel and eat shrimp!” they reply, dumping a bucket of ice and prawns on the polished conference table.

“Not the way I would have gone,” says Tambor. “But it’s good. It’s innovative. And that’s what we want here.”

The ad is funny because so many people (journalists and educators included) still think of innovation as a joke. They tend to define it as “stupid new stuff someone is making me do” or “technology I’ll never understand.” Get
beyond the buzzword, though, and it can be understood.

So what is innovation? In my view, innovation is simply a new and better way of doing things. This could be a technology, a process, a product, a service or even an idea.

Innovation within colleges or news organizations can be quite practical. But it also can be hard. First, you need to experiment. Try something new. Tinker. Try it again. Tinker some more. If it isn’t working, if it is new but not better, you need to drop it. Try something else. And tell people. When it comes to good ideas, says author
Steven Johnson, “chance favors the connected mind.”

Ask a room of reporters or teachers if they think they are innovators. You may not see a single hand go up. But we innovate all time. We just don’t call it that.

Take journalists. The good ones are always experimenting. What’s a story tip? A hypothesis. What do you do with it? You test it against facts. If it doesn’t pan out, you drop it. We are always looking into news tips. Journalism culture supports that sort of trial and error.

Good journalists innovate. They look for new ways to find and verify facts, new ways to tell stories. If you rewrite a story over and over until it’s amazing, and it moves to the top of the day’s news, what did you just do? You tried something, then tinkered … until it was better.

Good educators innovate. They look for fresh ways to connect with their students, to better help them learn. They create labs, classes and degrees that change with the times and are improvements over what came before. (An important part of what I do at Arizona State University, as innovation chief of Cronkite News, is to champion the many good ideas of my colleagues.)

Individuals innovate much more easily than institutions, says ASU president Michael Crow, and innovation can be “extremely difficult” at academic institutions. Even there, we aren’t talking only about technology. Crow notes that many things can be innovative: tools, technologies, products, solutions, organizational models, processes and even philosophies.

Does that make innovation at organizations impossible? Crow doesn’t think so. He sees innovation as key to the New American University, and Arizona State (ranked as the nation’s #1 university in innovation) as the prototype.