I’m grateful for the digital age itself, because it bounced me from editing newspapers (journalism’s present) to creating a news museum (journalism’s past) to working with Knight Foundation’s extraordinary group of people to fund media innovation (journalism’s future.) 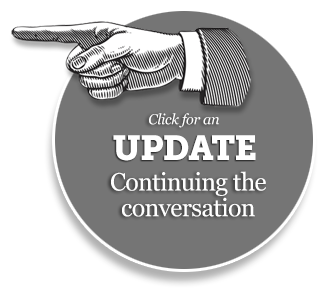 Everyone at the foundation helps with the work. There’s no way to thank one without thanking them all. But don’t just take my word for it…

At the Plaza ballroom in New York City in the summer of 2012, Knight Foundation won the Syracuse University i-3 award. It stands for “influence, impact and innovation” and goes to an organization or individual who has captured the public’s imagination about what media can do. CNN and YouTube won for bringing video to presidential debates; Blue State Digital for changing political campaigns and Foursquare for linking cyberspace to physical space.

ABC TV host, anchor and political journalist George Stephanopoulos presented the award. Here’s what he said: “This year, for the first time, a foundation has won the i-3 award — the John S. and James L. Knight Foundation of Miami, Florida — for redefining the role philanthropy can play in media innovation.

‘… No journalism grant-maker today has the influence of Knight. When I host ‘This Week’ from Washington, I do it from the Knight Studio at the Newseum. When I recognize courageous global journalists at the International Center for Journalists, there’s Knight again, as that organization’s largest, longest funder. Knight brings its digital edge to many different programs — it has a network of endowed journalism chairs and training programs, reaching thousands of students and professionals, and the best-known e-learning … Knight funded Sunshine Week to fight for freedom of information. Knight’s report on the Information Needs of Communities sparked the FCC’s interest in that issue.

“Knight Foundation stands for informed and engaged communities. Its impact in communities provides better access to broadband, improved digital and media literacy, new tools to engage people in civic affairs and even new ways to start nonprofit news organizations. Its Knight Community Information Challenge has brought hundreds of community foundations into news and information grant-making. The Carnegie Knight Initiative for the Future of Journalism Education has helped leading journalism schools change the way they teach in the digital age. 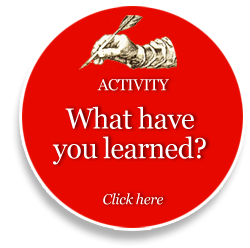 “Early on, the Knight Foundation created a contest to spur media innovation, the Knight News Challenge, which has produced tools and techniques now used by hundreds of newsrooms and thousands of journalists. The news challenge showed that anyone, from 20-something computer programmers to the staff of the Associated Press, can and should try to shape the future of news. At a time when many devalue journalism, Knight’s open “R&D” helps both the profit and nonprofit sectors come face to face with journalism’s future.”

That’s quite a tribute. I don’t see how it would have been possible without the foundation’s hard-working staff and forward-thinking trustees.

Special thanks to our president, Alberto Ibargüen, the skeptical optimist who challenges and encourages our work, and our former vice president for journalism and media innovation, Michael Maness, who pushed me to write further into the future of news. Thanks to former vice president Paula Lynn Ellis, who helped the foundation reform itself, and Knight program associate Marie Gilot, whose edits came at lightning speed, right on deadline, as well as Michele McLellan and Maria Mann, journalists and friends who read the manuscript and made many helpful suggestions.

Midway through the project, the University of Missouri’s Donald W. Reynolds Journalism Institute offered me a fellowship to help develop the book’s “Learning Layer,” which we hope will help teachers (and librarians) who care about the digital transformation of journalism education bring these ideas into the classroom. Thanks to Dean Mills, dean of the Missouri School of Journalism, home to the oldest and largest “teaching hospital” model of journalism education, for the opportunity. Thanks also to Reynolds executive director Randy Picht and Roger Gafke, professor emeritus and director of program development, who coordinated the Institute’s contribution.

Their contributions were too many to detail. As the primary author and editor, however, the responsibility for any errors or omissions is mine. 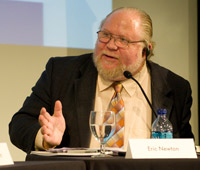 Eric Newton is a leader in the digital transformation of news. As the first Innovation Chief at Cronkite News at Arizona State University, he drives change and experimentation at Cronkite, the news division for Arizona PBS.

In addition, he continues to serve the John S. and James L. Knight Foundation as a consultant for special projects and endowment grants. In his nearly 15 years at, Newton helped expanded the foundation’s journalism and media innovation program, overseeing more than $300 million in grants with more than half of them going to universities for pioneering projects in journalism education.

Newton developed grants for Poynter Institute’s News University, the largest online journalism training portal in the world, and Sunshine Week, an annual national observance of the importance of open government. He helped create the Carnegie-Knight Initiative on the Future of Journalism Education, a consortium of leading journalism schools dedicated to transforming journalism education, as well as the News21 program, in which top journalism students from across the country produce multimedia investigations on issues of national significance.

Before joining Knight Foundation, Newton was founding managing editor of the Newseum in Arlington, Va. (now in Washington, D.C.), leading the content team at the world’s first museum of news. He started his career at California newspapers. As city editor, assistant managing editor and managing editor of the Oakland Tribune, he helped guide the paper to numerous awards, including a Pulitzer Prize.

His books include “Searchlights and Sunglasses: Field Notes From the Digital Age of Journalism,” “Crusaders, Scoundrels, Journalists: The Newseum‘s Most Intriguing Newspeople” and “Capture the Moment: The Pulitzer Prize Photographs.” He co-produced five national studies on how well high school students know and understand the First Amendment.

Newton shared a Peabody Award for Link TV’s nightly news program, “Mosaic: World News From the Middle East.” He won the Reddick Award at the University of Texas for service to the field of communications, the Radio Television Digital News Foundation First Amendment Award for Knight Foundation’s work to create Sunshine Week, and the Markoff Award from the University of California Berkeley for Knight’s support of investigative reporting.

Newton holds a master’s degree in international studies from the University of Birmingham in England and a bachelor’s degree in journalism from San Francisco State University.