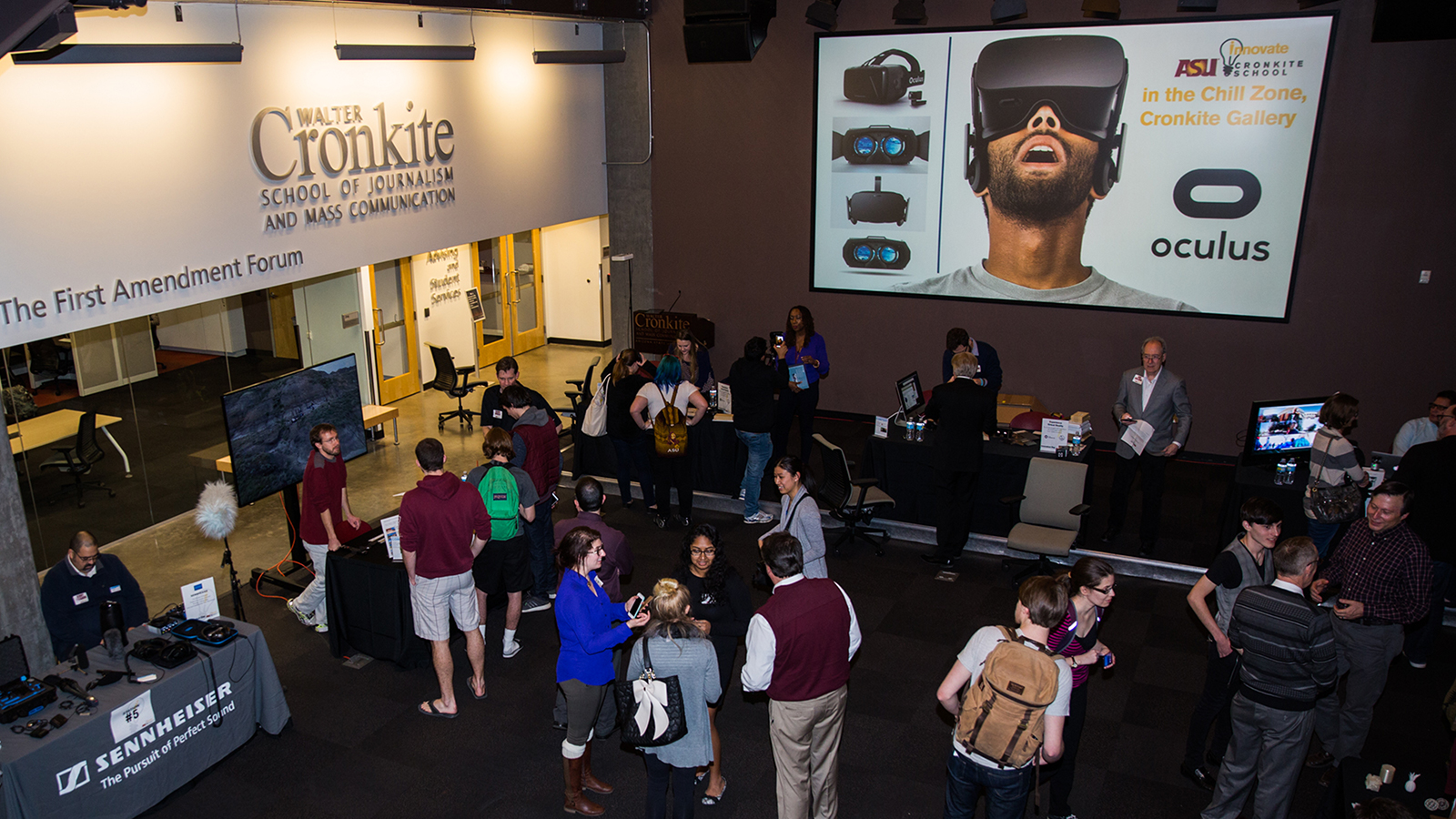 This is the second of three blog posts on innovation by Eric Newton, innovation chief of Cronkite News at Arizona State University.

By experimenting with new approaches at Cronkite School of Journalism and Mass Communication at Arizona State University, we identify innovations that improve both journalism and education. This is Dean Chris Callahan’s big idea: We hope to create the world’s first fully developed “teaching hospital” of journalism education, an immersive learning experience that develops new approaches while also teaching best practices.

As innovation chief of Cronkite News (the news division of Arizona PBS), my goal is to help the student-produced professional news operation find new ways to become a better source of journalism for the 2 million households it serves, to help journalism students become better prepared for 21st Century careers, and to help the school as a whole to stay on the cutting edge of journalism education while engaging the entire university and community.

Students tweeted their ideas for how the technology could improve journalism. Cronkite News executive editor Kevin Dale handed out prizes to choice suggestions.

Cronkite School faculty and staff came up with most of the ideas for the day. We gave them a flexible format, one that will change as the technology changes.

Some of these experiments may seem like one-offs. Some you might not think are as new or big as you would like. That’s not the point. Innovation is not skydiving. You don’t have to get it right on the first try. What we are going for here is not the perfect invention but the willingness to experiment.